Smoke haze and poor air quality caused by wildfires temporarily suspended practice sessions for the Australian Open at Melbourne Park on Tuesday, but qualifying began later in the morning in “very poor” conditions and amid complaints by at least one player who was forced to forfeit her match. 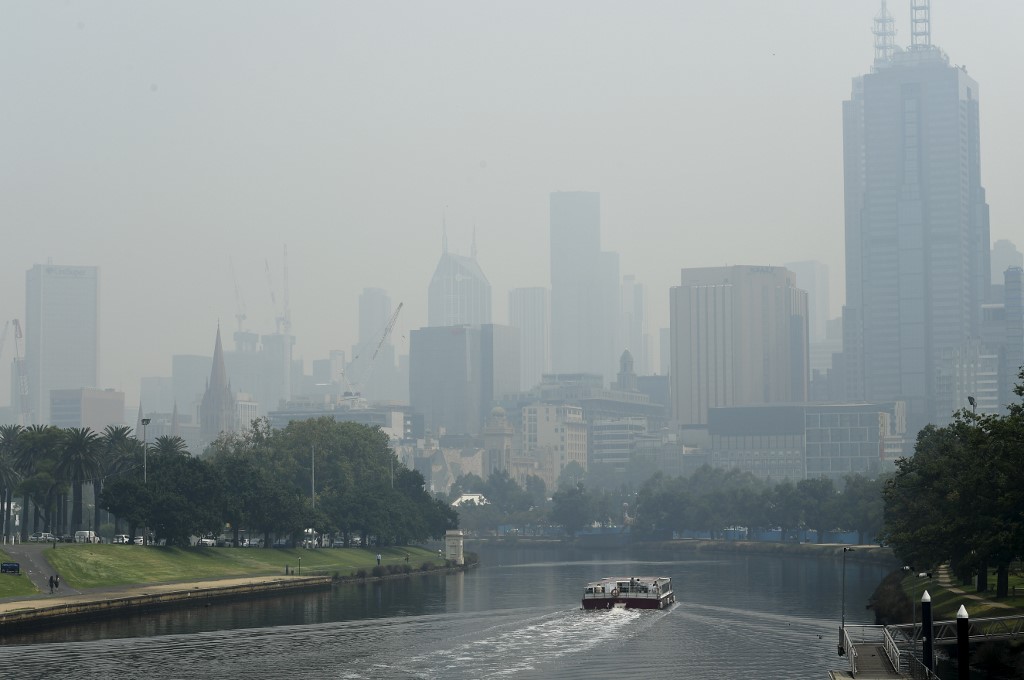 Smoke haze from unprecendented bushfires hover over the city skyline ahead of the Australian Open in Melbourne on January 14, 2020. (Photo: AFP)

At the Kooyong Classic exhibition in Melbourne, former No. 1-ranked Maria Sharapova struggled in the heat and smoke and her match against Laura Siegemund was called off late in the second set. Siegemund won the first set in a tiebreaker but players and officials decided to stop play at 5-5 in the second.

"Both players are feeling the smoke so we are going to stop the match at this point," the umpire said.

At Melbourne Park, Slovenian Dalila Jakupovic was leading her first-round Australian Open qualifying match against Switzerland's Stefanie Voegele when she dropped to her knees with a coughing spell. Ranked 180th, Jakupovic was a set up and one point away from a tiebreaker in the second set when she experienced breathing difficulties and retired from the match.

“I was really scared that I would collapse," Jakupovic told Australian Associated Press. "I don't have asthma and never had breathing problems. I actually like heat. The physio came again and I thought it would be better. But the points were a bit longer and I just couldn't breathe anymore and I just fell on the floor."

Jakupovic said it was "not fair" that officials asked players to take the court in those conditions.

“It's not healthy for us. I was surprised, I thought we would not be playing today but we don't have much choice."

Organizers said further decisions on match scheduling would be made using onsite data and in close consultation with its medical team, the Bureau of Meteorology, and scientists from the Environmental Protection Agency in Victoria state.

Melbourne started the day with hazardous air pollution as smoke from wildfires in Victoria's east and in southern New South Wales state drifted through.

The central business district, close to where Melbourne Park is located, recorded overnight hazardous levels of fine particles in the air and the EPA categorized the air quality as “very poor."

Firefighters in the region spent the night being called out to fire alarms triggered by the smoke haze.