One of Australia's largest pension funds on Monday agreed to settle a landmark climate risk litigation filed by a 25-year-old member who alleged it was failing to protect his retirement savings against climate change. 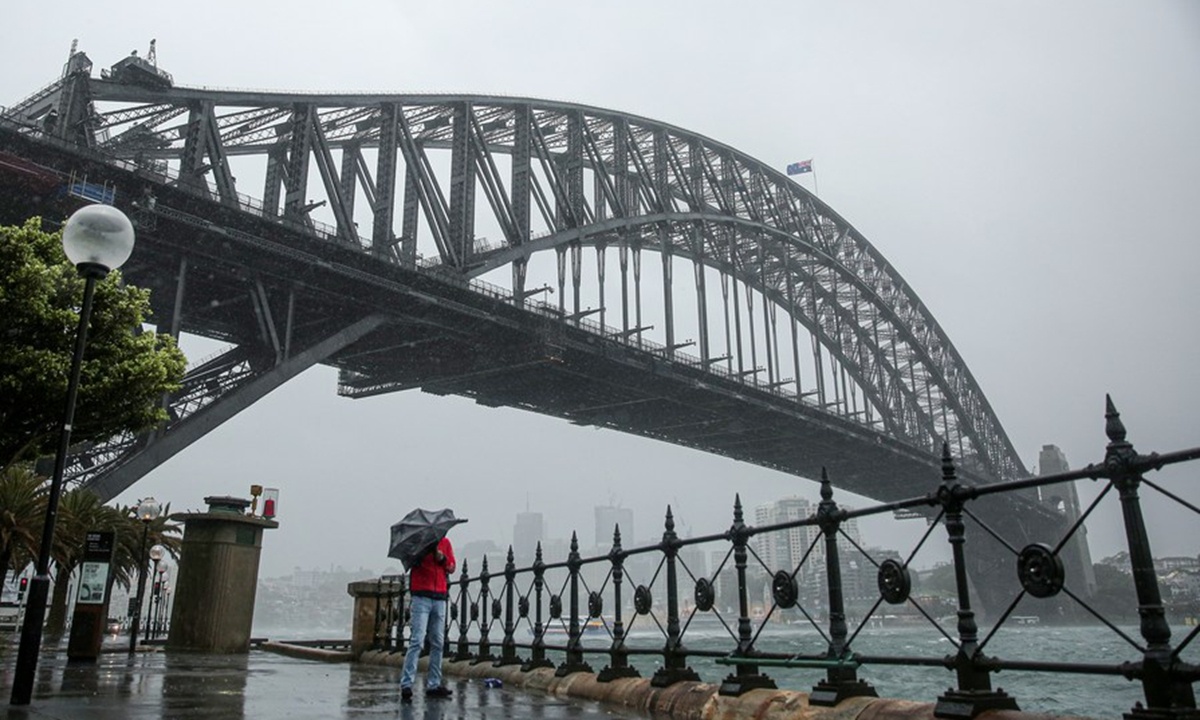 A citizen walks in the rain in Sydney, Australia, on Febuary 9. Photo: Xinhua

REST acknowledged in a statement that climate change would lead to catastrophic economic and social consequences and that the phenomenon was a "material, direct and current financial risk" to the superannuation fund.

The closely watched case could influence how global funds manage such risks in the future and trigger similar cases internationally, where asset owners face increased scrutiny in relation to climate change policy and risk reporting.

"Today's settlement gives me, and REST's almost 2 million members, the reassurance that we need to know that our retirement savings will be invested responsibly in the face of the climate crisis," said plaintiff Mark McVeigh, who brought the case to the Federal Court of Australia in 2018.

David Barnden, principal and director of Equity Generation Lawyers which represented McVeigh, said that the case had far-reaching implications.

"If investors are legally required to apply a climate risk lens to their portfolios, this could, for example, result in a significant reduction in investments in fossil fuels, many of which are already being viewed as stranded assets in a low-carbon future," he said.