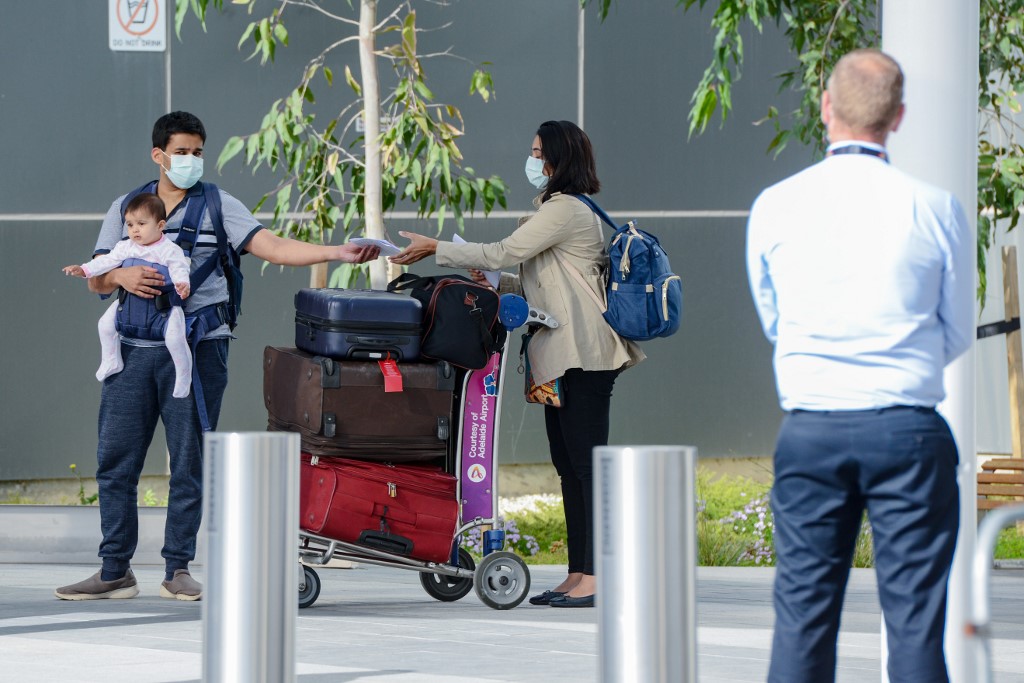 Australian residents walk toward vehicles waiting to take them to quarantine upon landing after a repatriation flight carrying over 300 passengers who were stranded abroad due to the COVID-19 coronavirus outbreak arrived at Adelaide's airport on April 21, 2020. (Photo: AFP)

The National Cabinet, which is comprised of Morrison and state and territory leaders, on Tuesday agreed to lift some restrictions on elective procedures next week.

The decision comes less than a month after elective surgeries were banned indefinitely to ease the pressure on the health care system amid the COVID-19 crisis.

"This will not mean an immediate return to normal with elective surgery, but a gradual restart, subject to of course capacity and other constraints that may exist in each jurisdiction," Morrison said.

Procedures that will resume include those in vitro fertilization (IVF) treatments, post-cancer reconstructions, joint replacements and procedures for children.

The decision to ease the restrictions was prompted by the slowing spread of the virus in Australia.

Morrison also identified the "increase in the amount of personal protective equipment (PPE) that we have been able to secure" as a significant factor in the decision.

"It is incredibly important. Some elective surgery is life saving. It really means all surgery that's not urgent," he said.

"One of the things that has concerned the health profession generally during this pandemic has been the lack of attention to non-COVID-related medical conditions."