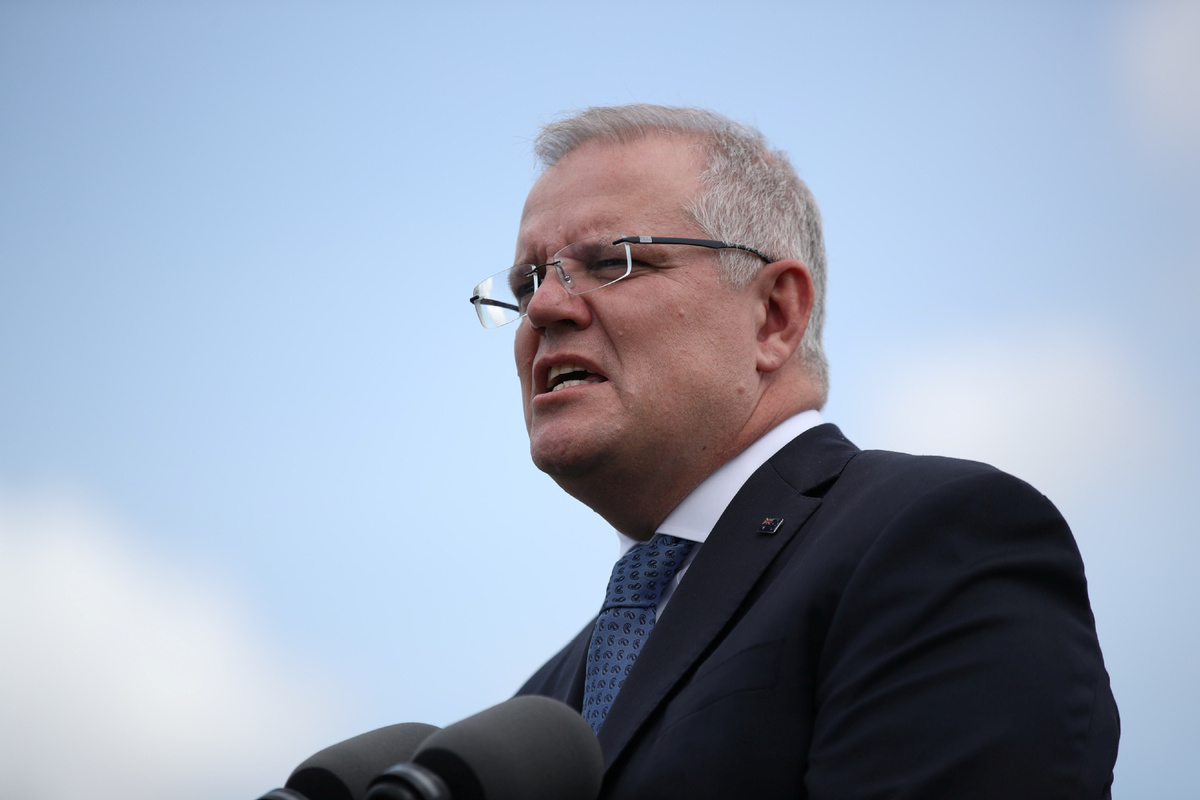 CANBERRA - Australian Prime Minister Scott Morrison said Wednesday that the country is "not too far away" from easing coronavirus restrictions.

Morrison told reporters on Wednesday morning that the National Cabinet, which is comprised of the prime minister and state and territory leaders, would meet on Wednesday afternoon to discuss "the road back" from the pandemic.

There have been 6,738 confirmed cases of COVID-19 in Australia as of Wednesday morning, including an increase of 13 new cases since Tuesday Morning.

Of all the confirmed cases in Australia, 88 have died and 5,649 have been reported as recovered, according to the Department of Health.

However, Morrison said that success in fighting the virus cannot just be measured on having a low number of cases.

"We have had great success in flattening our curve, that is obvious," he said.

The government's COVIDSafe tracking app, which Morrison said was the "ticket" to easing restrictions, has now been downloaded 2.8 million times.

In order for the app to be effective, the government has previously said that it must be downloaded by 40 percent of the population, or about 10 million people.

"This is an important protection for a COVIDSafe Australia. I would liken it to the fact that if you want to go outside when the sun is shining, you have to put sun screen on. This is the same thing," Morrison said.

"This is the ticket to ensuring that we can have eased restrictions and Australians can go back to the lifestyle and the many things that they previously were able to do and this is important."

In addition to the uptake of the app Morrison has previously said that Australia must significantly improve its testing regime before restrictions can be eased.

To that end Health Minister Greg Hunt on Wednesday announced that the government has acquired an additional 10 million COVID-19 test kits and pathology equipment.

"Our approach to testing in Australia, already one of the highest rates per capita in the world, has been a vital part of our success in flattening the infection curve," Hunt said in a statement.

"As we move to the next stage of our recovery, further expanding testing capacity and case ascertainment is one of the three critical steps we can take to protect Australians, avoid further spikes in community transmission and assist in easing restrictions."