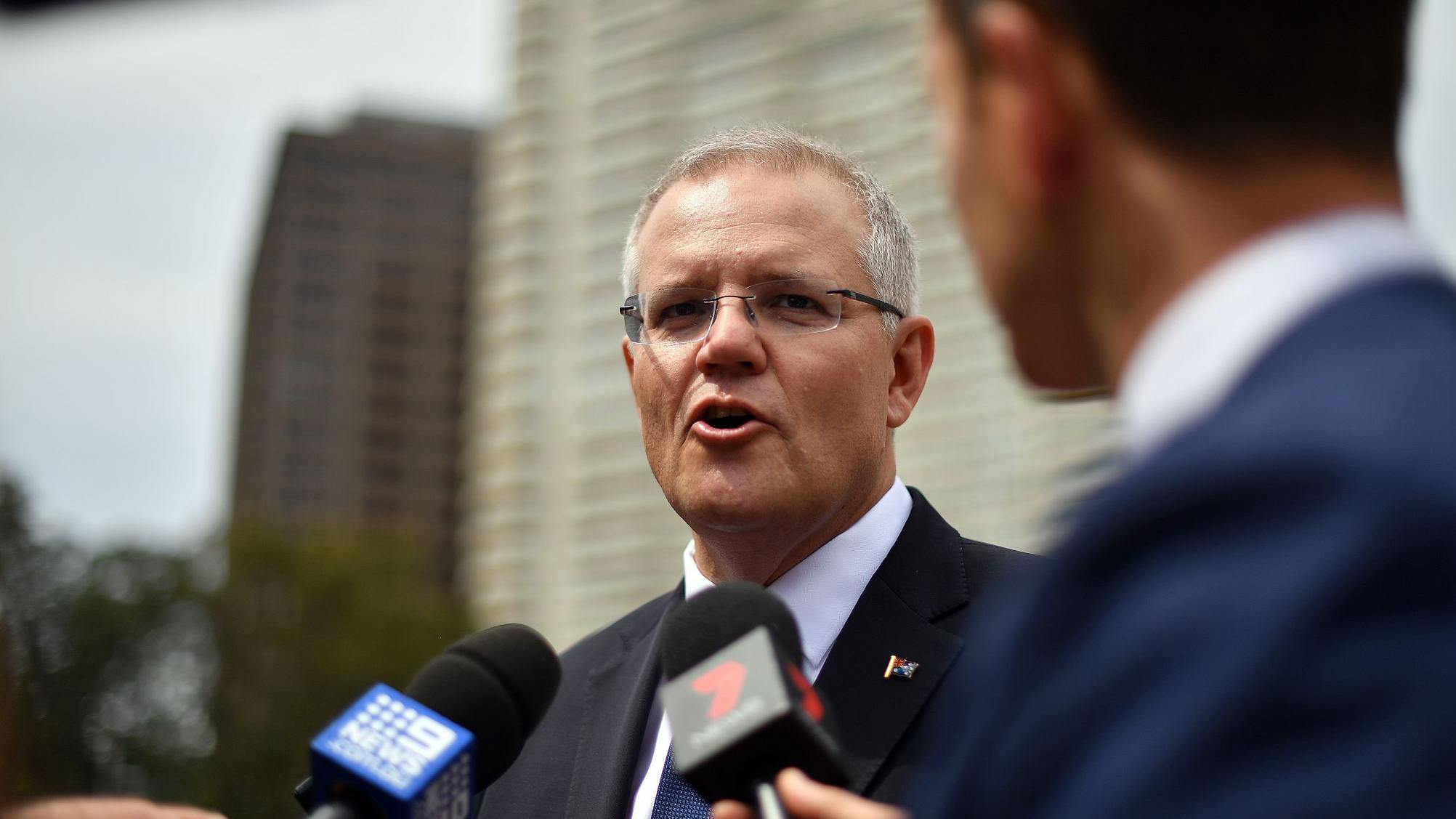 Australian Prime Minister Scott Morrison held an emergency meeting with members of his embattled Liberal party on Monday as his minority government stared down the barrel at a heavy election defeat within the next six months.

Morrison met lawmakers from southern Victoria, Australia's second-most populous state, where voters overwhelmingly turned against the Liberals in a state election on Saturday, stoking panic within the Liberal-National coalition.

Australian Treasurer Josh Frydenberg, who is from Victoria, said the meeting was productive but declined to specify what was said.

"We had a good, honest discussion about lessons to be learned from the state campaign," Frydenberg told reporters in Canberra.

The meeting came just hours after Australia's pre-eminent opinion poll showed the government on course for a heavy defeat by the Labor opposition at the next national election, which is due by May.

A Newspoll for The Australian newspaper showed Morrison's government was on course to lose 21 seats in the 150-seat lower house of parliament. The Newspoll showed support of just 35 percent for the government, just one percentage point above its record low.

With such a heavy loss on the horizon, liberal and more conservative elements of Morrison's party clashed publicly over the need to change policy.

Tim Wilson, a backbench lawmaker from Victoria, said the state result showed voters wanted the government to move away from fossil fuels such as coal.

The split came as Morrison faces a hostile parliament for the first time since his government was confirmed in minority.

Morrison lost his one-seat parliamentary majority earlier in November when an independent candidate won a by-election for the affluent Sydney seat held by former prime minister Malcolm Turnbull, who quit politics after he was ousted in a party-room coup in August.

Morrison struck a deal with an independent lawmaker to continue ruling in minority but the government faces an anxious final two-week parliamentary session for the year.

Labor could seek a parliamentary vote to demand Home Affairs Minister Peter Dutton be referred to Australia's High Court for a ruling on whether he is eligible to remain as a sitting member.

Dutton, who has financial interests in daycare centers that receive government funding, risks falling foul of Australia's constitution, which bans lawmakers from benefiting from state funds.

The government's most senior legal adviser said earlier this year Dutton was eligible, although Labor is pressing independents to support a court referral.