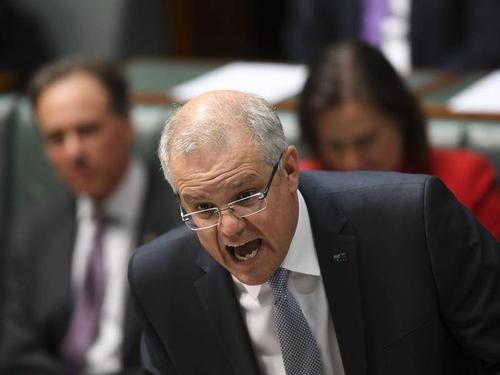 The latest Newspoll, which was conducted for and published by The Australian, found that 60 percent of voters chose Morrison as their preferred PM compared to 25 percent for Anthony Albanese, the leader of the Opposition Labor Party.

By comparison Morrison led Albanese 59-26 in mid-July, since which time a second wave of COVID-19 infections in Victoria has grown significantly and the nation's pandemic death toll has more than doubled from 122 to 295.

The Australian on Monday said it is the largest lead a PM has had over an Opposition Leader as preferred PM since 2015.

However, the poll of more than 1,500 voters also found that Labor has gained ground on Morrison's Coalition.

On a two-party preferred basis it found that the Coalition leads Labor 52-48 compared to 53-47 in July.

The poll was taken when Morrison and Treasurer Josh Frydenberg announced a 15 billion Australian dollar (10.7 billion U.S. dollar) boost for the JobKeeper wage subsidy scheme in response to the crisis in Victoria.

The federal government has been blamed by Albanese and Victorian Premier Daniel Andrews for coronavirus outbreaks in the state's aged care sector but the poll revealed that Morrison has weathered the storm.

His approval rating remained at 68 percent while the proportion of voters dissatisfied with his performance rose two points to 29 percent.