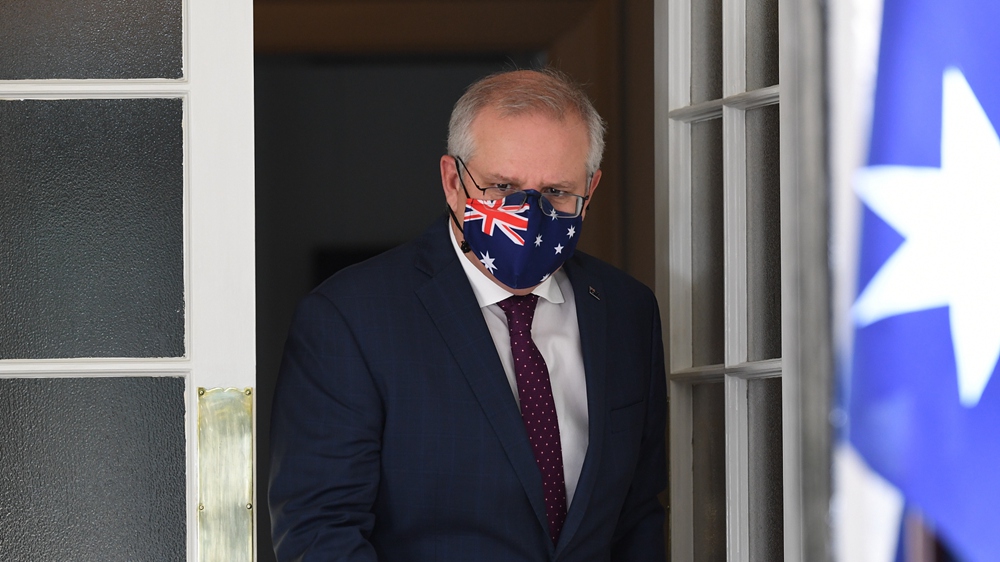 A Newspoll conducted for The Australian newspaper showed Morrison's public support dropped four points to 47 percent, the lowest level since he fielded criticism early last year over his government's response to devastating bushfires.

Morrison's Liberal-National Party coalition government is also trailing opposition Labor on a two-party preferred basis by 47-53. If the poll result were replicated at an election, the conservative government would lose office to center-left Labor.

Morrison must return to the polls by May 2022, by which time all Australians over 18 are expected to have been offered a COVID-19 vaccine.

Approval of Morrison's handling of the pandemic has almost halved from a high of 85 percent in April last year, during the peak of the first wave of infections, to 48 percent in the latest survey.

Australia had hoped to complete its vaccine roll-out by October 2021 but this timetable was extended to the end of the year after rare blood clots from the AstraZeneca vaccine saw Canberra initially recommend everyone under 60 take the Pfizer inoculation.

Pfizer vaccines remain in short supply until October, and with outbreaks flaring in several states, advice now recommending that people take the AstraZeneca vaccine if available has fueled some confusion and criticism.

Morrison has also been criticized by the likes of former Prime Minister Malcolm Turnbull who described the vaccine program as "a colossal failure."

With fewer than 23 percent of Australians fully vaccinated, states have been forced to use a series of stop-and-start lockdowns to quell outbreaks of the highly infectious Delta variant. About half of Australia's population in New South Wales, Victoria and Queensland has experienced a lockdown so far in August.

Sydney and Melbourne – Australia's two largest cities – are under hard lockdowns, while southeast Queensland came out of strict stay-home orders on Sunday.

The pandemic death toll in Australia increased from 923 at the end of last month to 936 on Sunday.