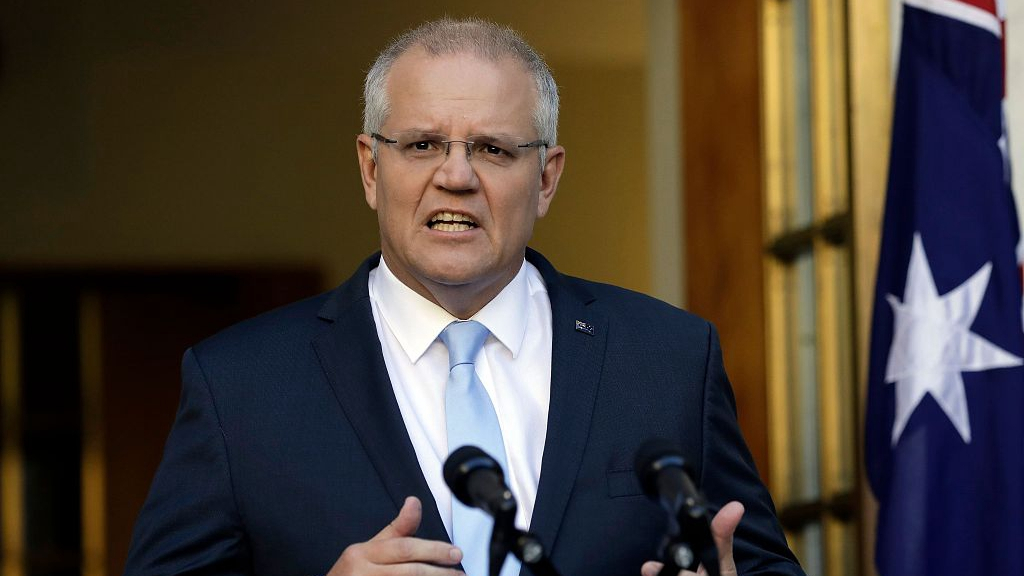 Located at the Western Sydney International Airport, which is set to begin major earthworks in March 2020, the experience center will provide an opportunity for tourists and locals to get a first-hand look at the groundbreaking 5.3 billion Australian dollars (3.57 billion U.S. dollars) development while its taking place.

"I remember when I was younger, when projects were taking place you'd always want to see what was going on," Morrison said.

"And this experience will enable a whole generation of young Australians of young people from western Sydney to see their future unveiling before their very eyes," Morrison said.

With the viewing area of the new center also equipped with augmented reality technology and interactive videos, visitors will be able to get a glimpse of what the airport will look like when it's eventually completed.

Although a second Sydney airport has been on the public agenda since the 1960's, the first sod at the Western Sydney Aerotropolis construction project was finally turned last year.

Set to become an economic hub for "high-skilled" industries like aerospace, defence, advanced manufacturing, healthcare, freight, logistics, agribusiness, education and scientific research, Morrison said the aerotropolis will be the "gravity point" for jobs in Sydney.

"What we're talking about here is jobs, jobs and more jobs. Not just the jobs of the 11,000 that are here working at the airport and this next massive phase of moving 25 million cubic meters of Earth, but the jobs that are being brought about by the aerotropolis itself."