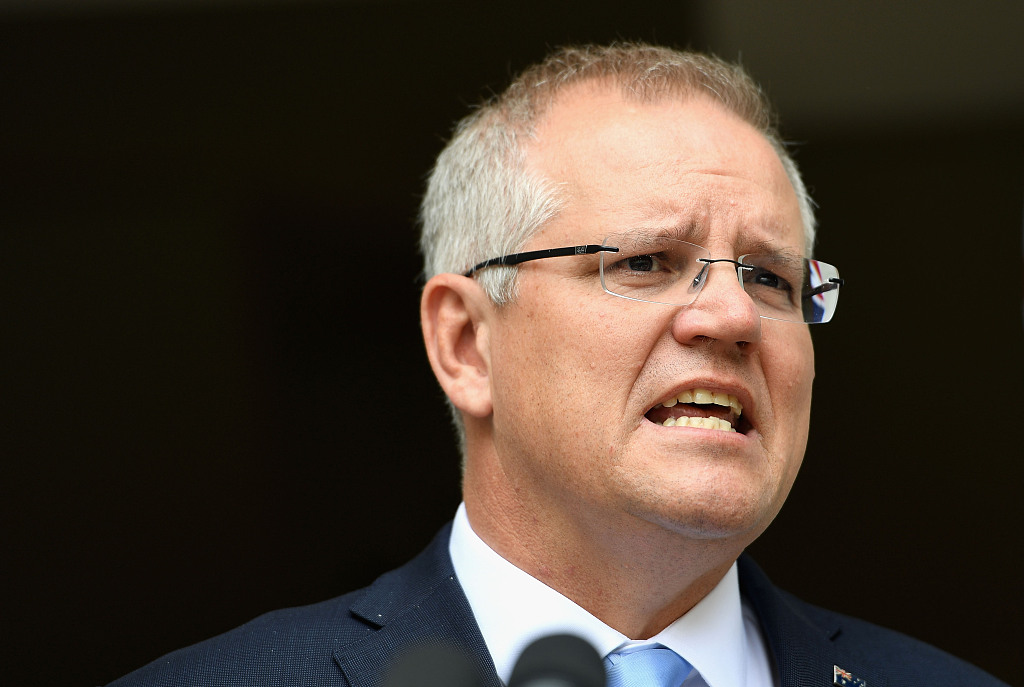 Prime Minister Scott Morrison gives a press conference at the same time as MP Julia Banks resigned from the Liberal Party to sit on the cross bench at Parliament House on November 27, 2018 in Canberra, Australia. (Photo: VCG)

Morrison on Sunday became the first Australian leader to visit the Solomon Islands since 2008.

The Australian prime minister on Monday announced a bilateral infrastructure program worth up to 250 million Australian dollars in grant financing over the next decade and an easier path for islanders to get work in Australia.

The grants will allow the island nation to fund small infrastructure projects.

"This is important because having secured the stability, it is now time to really build into the economic success of Solomon Islands," he told reporters in the capital Honiara.

Under the new employment scheme, the Australian government will spend 2.7 million Australian dollars over three years covering the up-front costs for islanders who want to work in Australia such as passports.