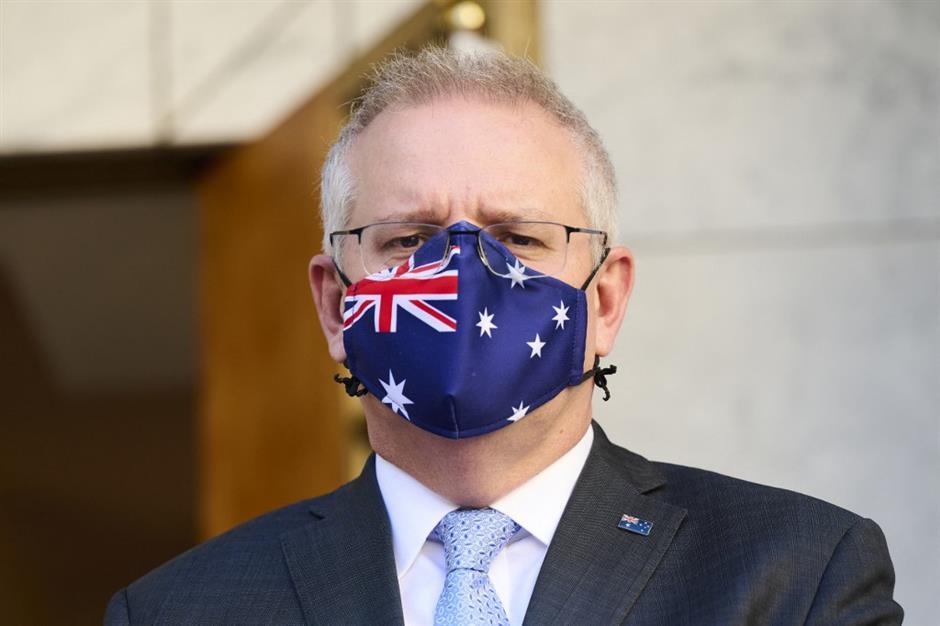 Australian Prime Minister Scott Morrison said on Monday that the country "cannot hold back" in reopening when a majority of adults are fully vaccinated.

He warned the state and territory leaders that they cannot be afraid of coronavirus case numbers rising after 70 percent of adults have received two vaccine doses.

The National Cabinet, which is made up of the prime minister and state and territory leaders, in July, signed off on a four-phase pathway out of the pandemic that will see lockdowns used more sparingly when 70 percent of adults are inoculated.

"Once you get to 70 percent of your country that is eligible for the vaccine and 80 percent, the plan sets out that we have to move forward, we cannot hold back," he told reporters in Canberra.

"We must adjust our mindset. Cases will not be the issue ... Dealing with serious illness, hospitalization, ICU capabilities, our ability to respond in those circumstances, that will be our goal."

He also said that the lockdowns "are taking an extremely heavy toll", in both the aspects of the mental and physical health of Australians and on the economic success.

Australia on Monday morning reported 905 new locally acquired cases of COVID-19 - the second most of any day since the start of the pandemic.

As many as 818 of the new cases were in New South Wales (NSW), Australia's most populous state with Sydney as the capital city.

Victoria, the second-most populous state with Melbourne as the capital city, reported a further 71 new cases and the Australian Capital Territory (ACT) recorded another 16 where the nation's capital Canberra had entered its second week of lockdown.

So far, about half the Australian population in NSW, Victoria, and ACT was still in lockdown.

"This is a race, and we do need more people to come forward," he said.

As of Sunday afternoon, there had been 44,028 confirmed cases of COVID-19 in Australia, and the number of cases reported in the previous 24 hours was a record-high of 917, most of which were locally acquired, according to the latest figures updated from the Department of Health.