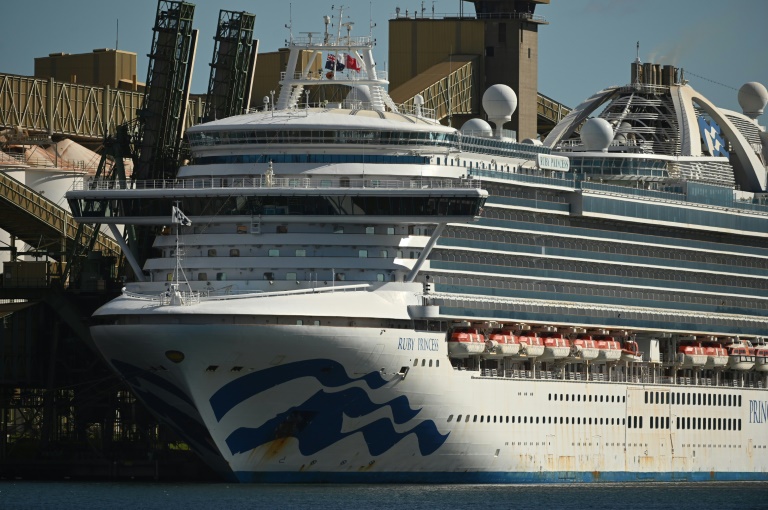 Australian police have raided the coronavirus-stricken Ruby Princess cruise ship and seized its black box, they said Thursday, as part of a criminal investigation after thousands of passengers were allowed to disembark in Sydney and 15 later died of the illness.

"Police officers entered the Ruby Princess to gather evidence... ships have a black box very similar to international planes and that and other evidence has been seized," NSW Police Commissioner Mick Fuller told media.

The Ruby Princess berthed on Monday after weeks stranded at sea to allow doctors to assess sick crew members and take the most serious cases ashore for medical treatment.

Police have launched a criminal investigation into operator Carnival Australia over the circumstances that led to thousands of passengers disembarking in mid-March despite some exhibiting flu-like symptoms.

Hundreds of passengers were later diagnosed with coronavirus and at least 15 have died, accounting for nearly a third of Australia's death toll of 51. The country has recorded over 6,000 confirmed cases of COVID-19.

Over a thousand crew members remain on the vessel and the majority wanted to stay onboard, Fuller said, adding: "They feel safe on the ship."

The Ruby Princess could remain at port for up to 10 days to refuel and restock before leaving Australia, but authorities said crew would not be allowed off unless it was an emergency.