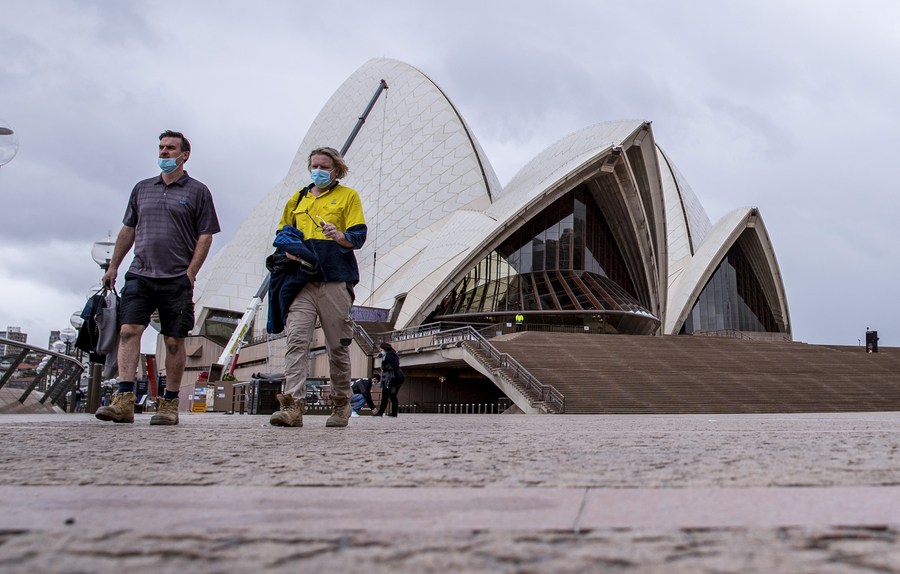 CANBERRA, June 28 (Xinhua) -- Australia's population has doubled over the last 50 years, data from the national census has revealed.

The Australian Bureau of Statistics (ABS) on Tuesday published the results of the 2021 census, which was taken on Aug. 10 last year.

More than 1 million residents migrated to Australia from overseas between 2017 and 2021, with more than 20 percent coming from India.

More than 50 percent of Australian residents in 2021 were either born overseas or had at least one parent born overseas.

The number of Australians who reported speaking a language other than English at home increased by about 800,000 from 2016 to over 5.5 million.

Mandarin continues to be the most common language other than English used at home, with 685,274 reporting using it at home.

More than 8 million people reported suffering from long-term health conditions, with mental health problems, arthritis and asthma being most common.

Australian Statistician David Gruen said it was the first time the census has collected health data.

"This is critical data to inform planning and service delivery decisions about how treatment and care is provided for all Australians," he said in a media release.