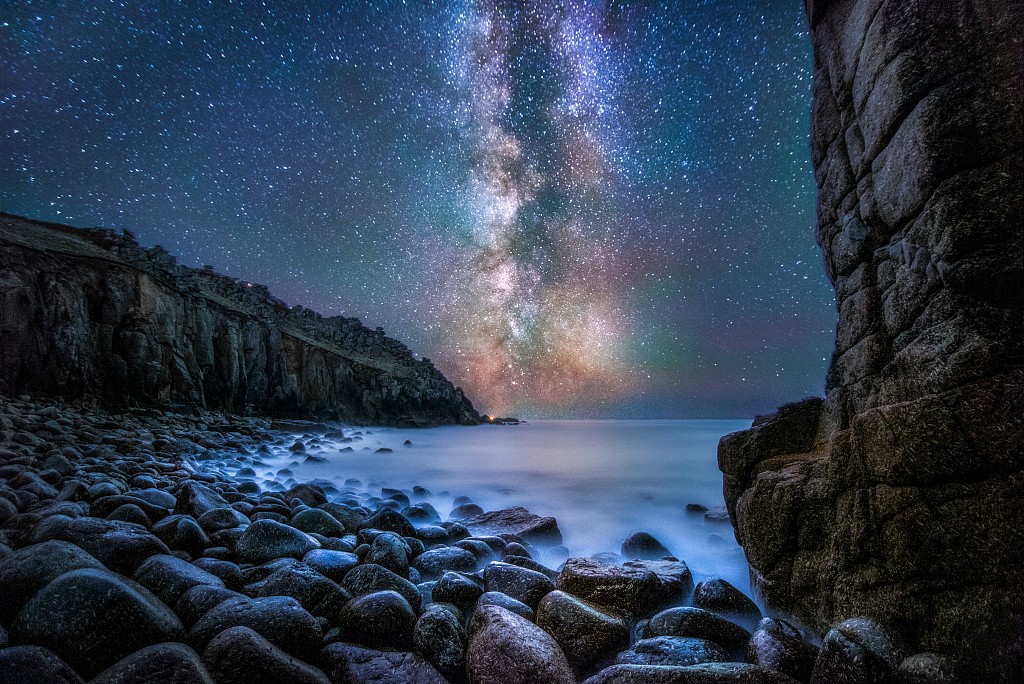 CANBERRA, Oct. 31 (Xinhua) -- Australian astronomers have observed the death of a galaxy in the finest detail ever.

Researchers from the Commonwealth Scientific and Industrial Research Organisation (CSIRO) and Australian National University studied a rapid outflow of hydrogen from the Small Magellanic Cloud (SMC), a dwarf galaxy approximately 1 percent of the size of the Milky Way.

David McConnell, the co-author of the report from CSIRO Astronomy and Space Science (CASS), told Xinhua that the event left the SMC without enough Hydrogen to form new stars, meaning it will slowly die with its current stars.

He said that the team was able to observe the event in such fine detail thanks to the CSIRO's powerful Australian Square Kilometer Array Pathfinder (ASKAP) radio telescope array in Western Australia (WA).

"The detail in an image depends on how widely the antennas are spread," McConnell told Xinhua.

"Previous images were made with a different telescope with antennas spread over about 400 metres.

"In this case the image was made with baselines up to 2000 m. So the image is much sharper."

The study marks the first time that the amount of mass lost by a dwarf galaxy has been clearly observed.

Experts expect the SMC to collide with the Milky Way and be absorbed into the larger galaxy; an event that McConnell said would have "minor" implications for the Milky Way because of the SMC's small mass.

The research team came to the conclusion that the outflow of hydrogen was caused by supernovae in the SMC.

"The outflow of hydrogen is observed to originate in regions of high-star formation rate," McConnell said.

"Some of the stars that form are large - many times more massive than our Sun, and these big stars live fast and die early; they are very hot and often have a powerful wind coming of them; and when they die, they explode and blow themselves to bits (supernova).

"The main contribution to the outflow is probably the supernovae."

The findings were part of a larger study investigating the evolution of galaxies.

McConnell said in a CSIRO media release that ASKAP would be used to focus on how the SMC integrates into the Milky Way when that event occurs.

"ASKAP will go on to make state-of-the-art pictures of hydrogen gas in our own Milky Way and the Magellanic Clouds, providing a full understanding of how this dwarf system is merging with our own galaxy and what this teaches us about the evolution of other galaxies," he said.