SYDNEY, June 22 (Xinhua) -- Australian scientists expect to run clinical trials for a COVID-19 mRNA vaccine within the coming months, in a project aimed at ensuring the nation can ultimately produce its own version of a Pfizer or Moderna vaccine. 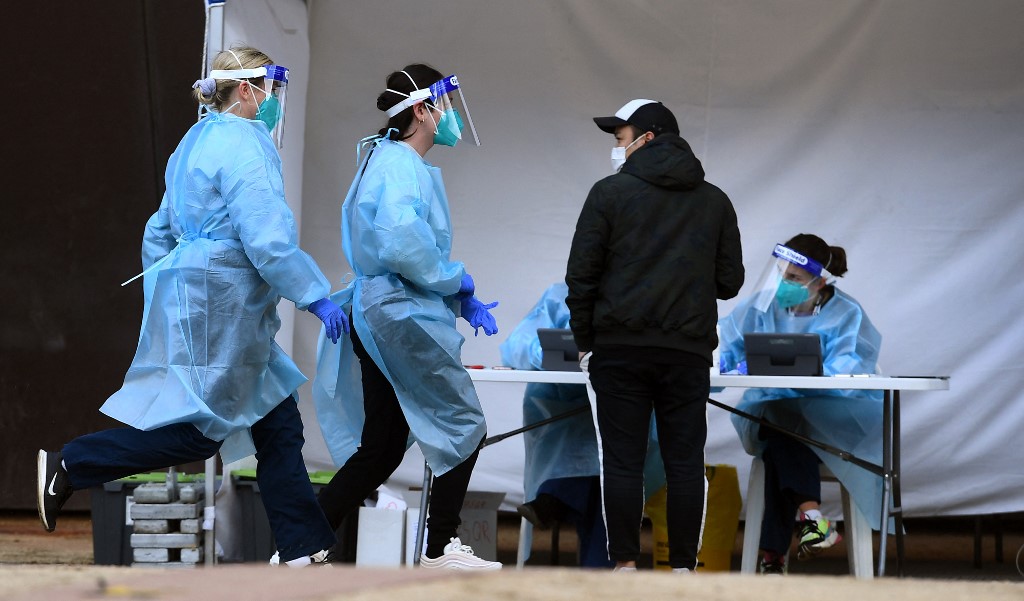 Acting Premier for the state of Victoria James Merlino announced this week that the government was allocating 5 million Australian dollars (about 3.76 million US dollars) to help the Monash Institute of Pharmaceutical Sciences in Melbourne to manufacture vaccine doses for the trials.

"This is an incredibly important, incredibly exciting step that we are making in our nation," Merlino said of the project, as until now Australia has only been able to produce the AstraZeneca version of the vaccine, which currently is administered to people aged over 60.

Health experts believe that the public's concerns about AstraZeneca, due to its links to cases of blood clots, is one of the reasons for the nation's comparatively slow vaccine rollout.

The mRNA vaccines use a genetic code (RNA) to induce production of the coronavirus's specific spike protein and, once a patient is given the jab, the body's immune cells build a response against the disease.

Monash University's Colin Pouton, who is leading the research, said mRNA technology's advantages were it was simpler to engineer and easier to adapt than protein vaccines.

Pouton said if commercial agreements were negotiated with Pfizer or Moderna, it was possible Australia could start manufacturing those vaccines at CSL, a biotechnology company based in Melbourne.

Victoria is not the only state striving to do so, with New South Wales (NSW) also keen to start production.

NSW Premier Gladys Berejiklian said in May that the state was "well placed to provide the advanced manufacturing workforce training, the scientific expertise and the physical location of a future RNA-based manufacturing hub."

The federal government is supportive of such proposals having announced in its May budget that it would provide funding for the establishment of mRNA manufacturing but did not disclose how much due to business confidentiality reasons.

Meanwhile, the Melbourne researchers expect about 150 participants will take part in Phase 1 of the mRNA trials which are expected to begin around October with the results to be published in the first half of 2022.