An Australian senator called on the nation's spies to investigate whether eco-terrorists were responsible for the country's unprecedented bushfire crisis. 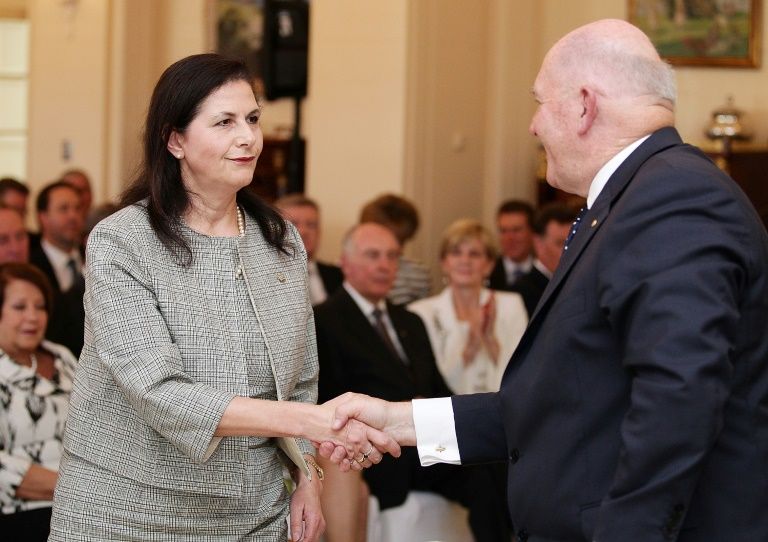 Concetta Fierravanti-Wells echoed online conspiracy theories to claim it 'defies logic' that hundreds of bushfires could have started at the same time. (Photo: AFP)

Addressing parliament Tuesday Concetta Fierravanti-Wells -- a senior member of the ruling conservative Liberal party and former government minister -- echoed online conspiracy theories to claim it "defies logic" that hundreds of bushfires could have started at the same time.

Head of the New South Wales Rural Fire Service Shane Fitzsimmons earlier said arsonists were not the main cause of the fires that tore through millions of hectares of south-eastern Australia in 2019.

"This season has been dominated by natural causes, mainly lightning," he said in January.

Fierravanti-Wells claimed that the vast number of fires that started around the same time "not only gave the impression of the possibility of arsonist attack but also suggests a level of coordination."

"Who are they? What was their motive and intent? Are they lone actors or part of a sinister collective conducting eco-terrorism?" she asked.

The bushfires have reignited Australia's climate change debate, and the senator's comments echo online disinformation about the cause of the flames.

Fierravanti-Wells is the latest lawmaker from Prime Minister Scott Morrison's party to blame arson for the bushfires.

The PM is likely to distance himself from the claims after public pressure forced him to acknowledge climate change is a driver of the fires.

Over months blazes scorched more than 10 million hectares in the country's east and south, killing at least 33 people and an estimated billion animals while destroying more than 2,500 homes.