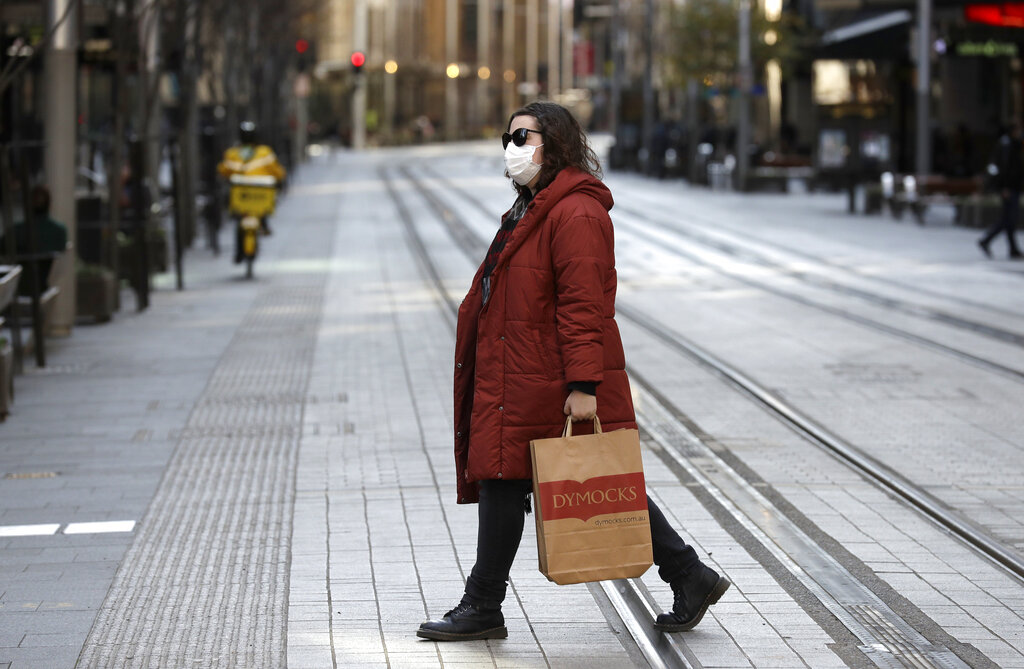 A woman crosses a normally busy street in Sydney, Wednesday, July 7, 2021. Sydney's two-week lockdown has been extended for another week due to the vulnerability of an Australia population largely unvaccinated against COVID-19, officials said. (Photo: AP)

After a crisis cabinet meeting on the morning, NSW Premier Gladys Berejiklian declared the national emergency based on advice from the state's Chief Health Officer Kerry Chant.

"Dr. Chant and her team advised us that the situation that exists now in NSW, namely around southwestern and now western Sydney suburbs, is regarded as a national emergency," said Berejiklian.

Under the new measures, Chant recommended redirecting national vaccine supplies to essential workers at the epicenter of Sydney's outbreak and urged for a prompt vaccines delivery and administering.

"My sense of urgency is absolute urgency so I think we need to be seeing vaccines in arms on Saturday, Sunday, Monday and we need to be ramping up to roll out vaccines..." said Chant.

The state's announcement held controversy as the proposed reallocation of vaccines would mean taking Pfizer stockpiles away from other Australian states.

NSW recorded a new daily high of 136 new locally acquired cases from some 87,000 tests in the 24 hours to 8:00 p.m. Thursday, and 53 of the cases were in the community for their full infectious period.

NSW also recorded the death of an 89-year-old man on Thursday night, bringing the state's death toll in the latest outbreak to six.

"I just want to foreshadow that unfortunately, we're going to see more of this (deaths) as the case numbers increase," said Berejiklian.

On Friday morning, New Zealand's Prime Minister Jacinda Ardern announced that New Zealand will suspend its travel bubble with the whole of Australia for eight weeks from midnight Friday.