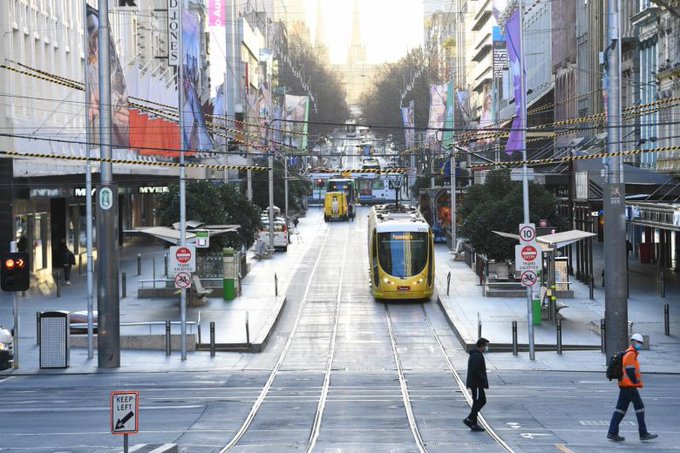 With just under 6,500 active cases, Victoria's leadership was desperate to regain control of the outbreak, an effort they said was being hampered by members of the public ignoring official advice.

State Premier Daniel Andrews revealed that of 3,000 home visits carried out to check on those ordered to self-isolate, in more than 800 instances the person was not at home.

"The vast majority of people are doing the right thing, but there are a number of people who are not," Andrews said.

Andrews said that those for repeat offenders and particularly "selfish" behavior, such as going to work while positive will face court and potentially much harsher penalties.

"We don't want it to come to that. We want people to be where they are supposed to be because that is how we will all get past this," Andrews said.

Meanwhile, Victorian police officers issued 161 fines within a 24-hour-period to those not abiding by COVID-19 regulations, including 60 for not wearing a mask.

Victoria's stage 4 restrictions which came into place on Sunday will last for six weeks, with residents only allowed to leave their homes for a handful of reasons, including buying food, work, school, and outdoor exercise.