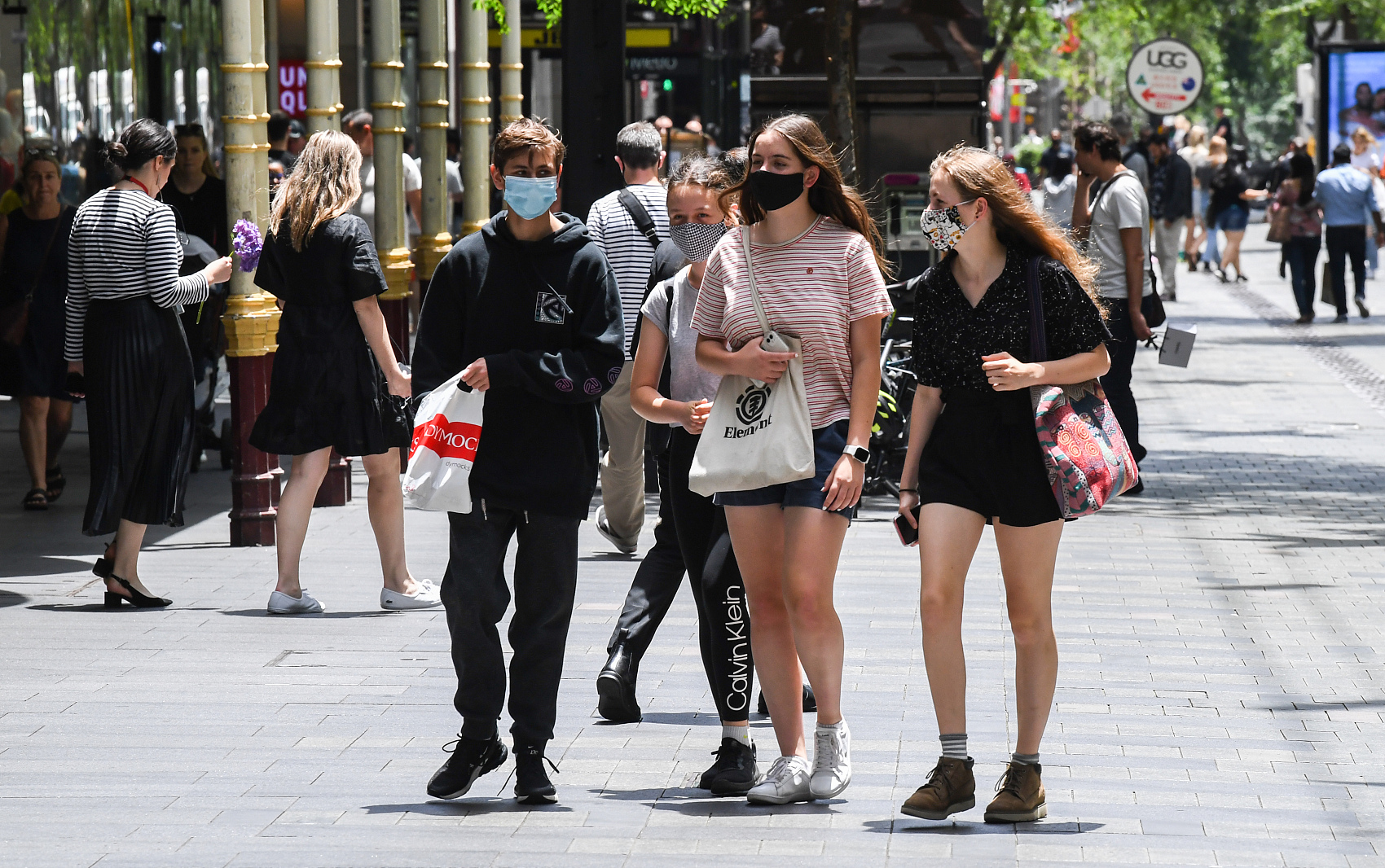 People walking in the streets of downtown Sydney, Australia during the COVID-19 pandemic (Photo: CFP)

The Victorian government said on Sunday it will establish an additional 120 mental health beds across four new acute mental health facilities to support more people when they need it most.

The plan with an investment of 492 million Australian dollars (about 375.49 million U.S. dollars) is scheduled to begin construction in mid-2021 and all facilities are expected to be operational by 2023.

The government estimated the beds, once operational, will deliver 43,000 extra days of hospital-based care - meaning an estimated 2,500 more people will be able to get the help they need.

This plan came after a Royal Commission report on the state's mental health system, which found the system was "crisis-driven" and put forward several suggestions to the redesign of the system.

A modeling published by the University of Sydney in the last year projected a 30-percent rise in the suicide rate for Australians aged 18-24 over the next five years. In Victoria, the state hardest-hit by the pandemic, it was projected to rise 36.7 percent.