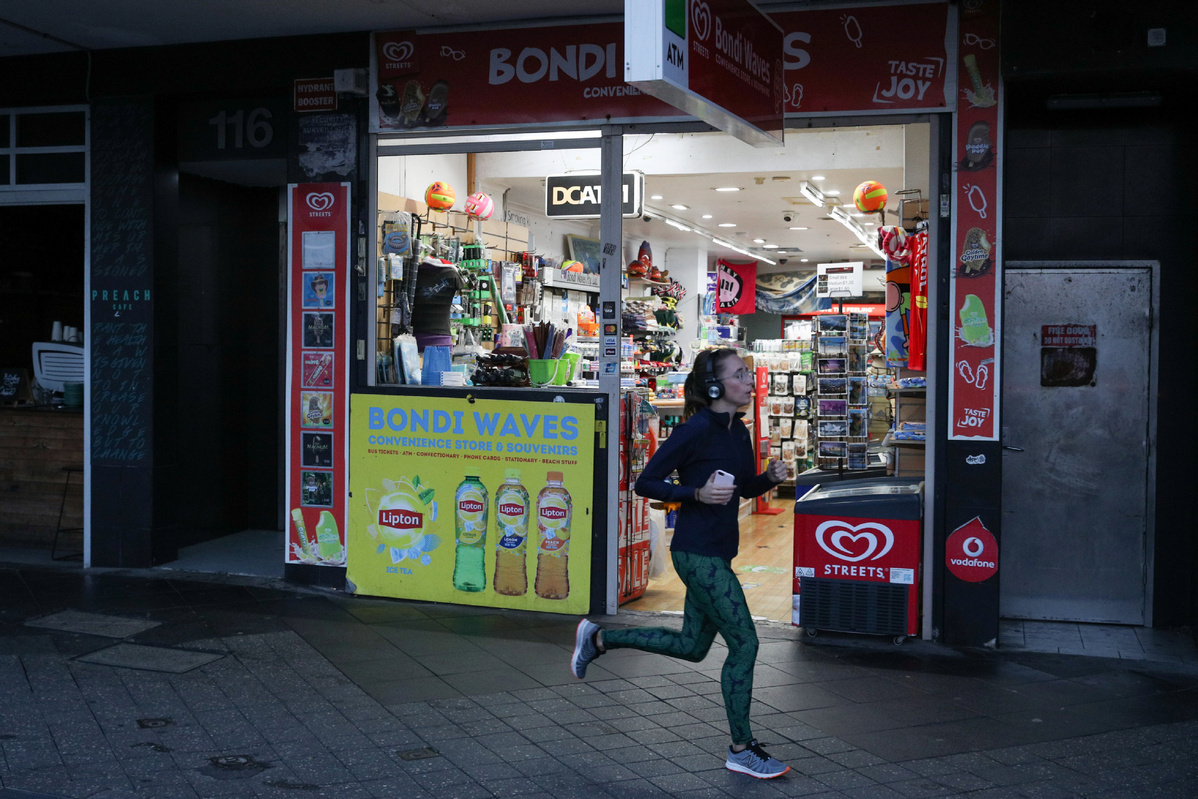 A woman jogs past a tourist shop amidst the easing of the coronavirus disease (COVID-19) restrictions at Bondi Beach in Sydney, Australia, May 27, 2020. (Photo: Agencies)

CANBERRA - Australia's peak tourism body has called for all domestic borders to be re-opened by mid-July.

The Australian Tourism Industry Council (ATIC) recently urged state and territory leaders to work "as one" on the resumption of interstate travel.

The governments of Western Australia (WA), South Australia (SA), Tasmania, Queensland and the Northern Territory (NT) have resisted pressure from the federal government to lift their border restrictions to boost the tourism industry.

Simon Westaway, the executive director of ATIC, warned that the NT has the most to lose from keeping its borders closed.

"States like SA traditionally experience a little over one in two visitor dollars being spent there by South Australians, in contrast the NT has been overwhelmingly reliant on domestic, interstate visitors with top-ups by international travelers," he told News Corp Australia.

Steven Marshall, the Premier of SA, has flagged a gradual easing of the state's border restrictions from July 3.

His NT counterpart Michael Gunner has declared that his decision on the issue will not be influenced by other states.

"We work together and share information at National Cabinet but the Territory's borders are for the Territory to decide, and for no one else," he said.