Australians expected to be fully vaccinated by October 2021, says minister

CANBERRA, Dec. 28 (Xinhua) -- Australia's Minister for Health Greg Hunt said on Monday that the COVID-19 vaccination rollout in the country was expected to be completed by the end of October in 2021. 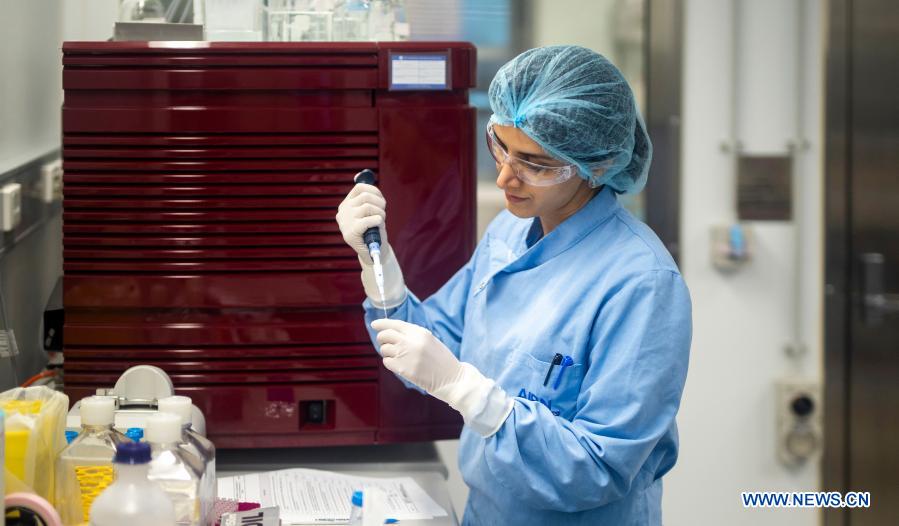 File photo taken on April 1, 2020 shows a researcher working at a lab of the University of Queensland (UQ) in Brisbane, Australia. (Photo: Xinhua)

Hunt told a press conference that the country's vaccine program "is on track and ahead of schedule," mentioning the developments with regards to the Oxford-AstraZeneca vaccine, whose progress through the international regulators was ahead of where he had previously understood it to have been.

When he was asked about whether there was any likelihood that the vaccine rolled out earlier than planned, Hunt said the guidance remained March.

"We'll stick by our March time frame, but our goal is always under promise, over deliver," he said.

"And we expect that Australians will be fully vaccinated by the end of October, on the basis of it's free, it's universal, and it's entirely voluntary."

As of Monday afternoon, there had been 28,337 confirmed cases of COVID-19 in Australia, and the numbers of local and overseas acquired cases in the last 24 hours were five and 19 respectively, according to the latest figures from the Department of Health.