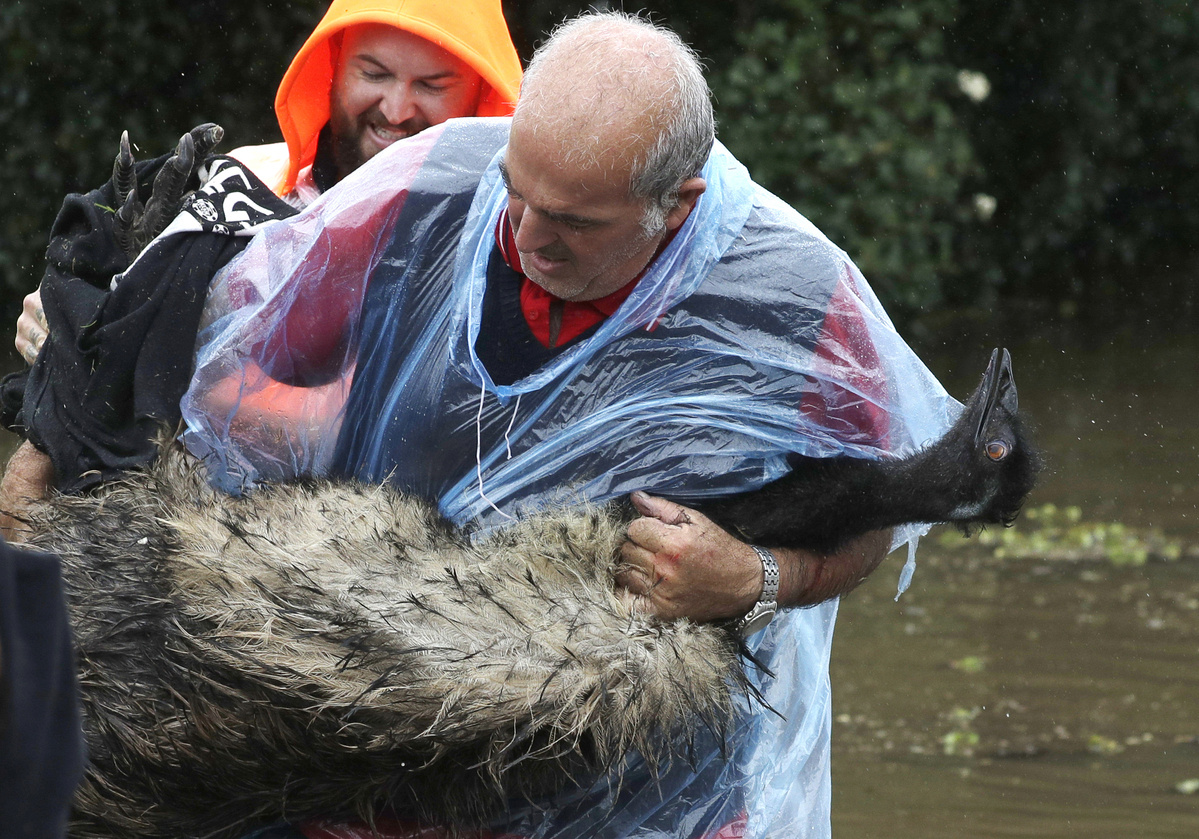 Paul Zammit carries his pet emu, Gookie, after rescuing her from floodwaters near Sydney on Tuesday. (Photo: AP)

So far, around 850 people have been winched or ferried to safety, but tens of thousands have been told to flee their homes and wild weather has spread to more inland areas.

In hard-hit Windsor, near Sydney, residents traversed the murky debris-strewed torrent on jet skis and other vessels normally seen off the city's golden beaches.

Some coastal regions have received a meter of water in a week, the equivalent of two-thirds of normal annual rainfall.

"We've never seen anything like this ever," said Jodie Sallustio, 50, who has been stranded by floodwaters surrounding her partner's Port Macquarie home since Friday.

About 18,000 people have already been evacuated across New South Wales, with state Premier Gladys Berejiklian saying the wild weather was now "impacting a huge area of the state".

"It is catastrophic in its dimensions and the impact will be severe, and the fact that 15,000 people may need to be evacuated within the next 24 to 48 hours is a huge concern," she said.

Scientists have warned Australia can expect more frequent and more extreme weather events as a result of climate change.