CANBERRA, Nov. 10 (Xinhua) -- Australian Minister for Natural Disasters and Emergency Management David Littleproud has warned that bushfires affecting much of the nation's east coast could get worse as the week progresses. 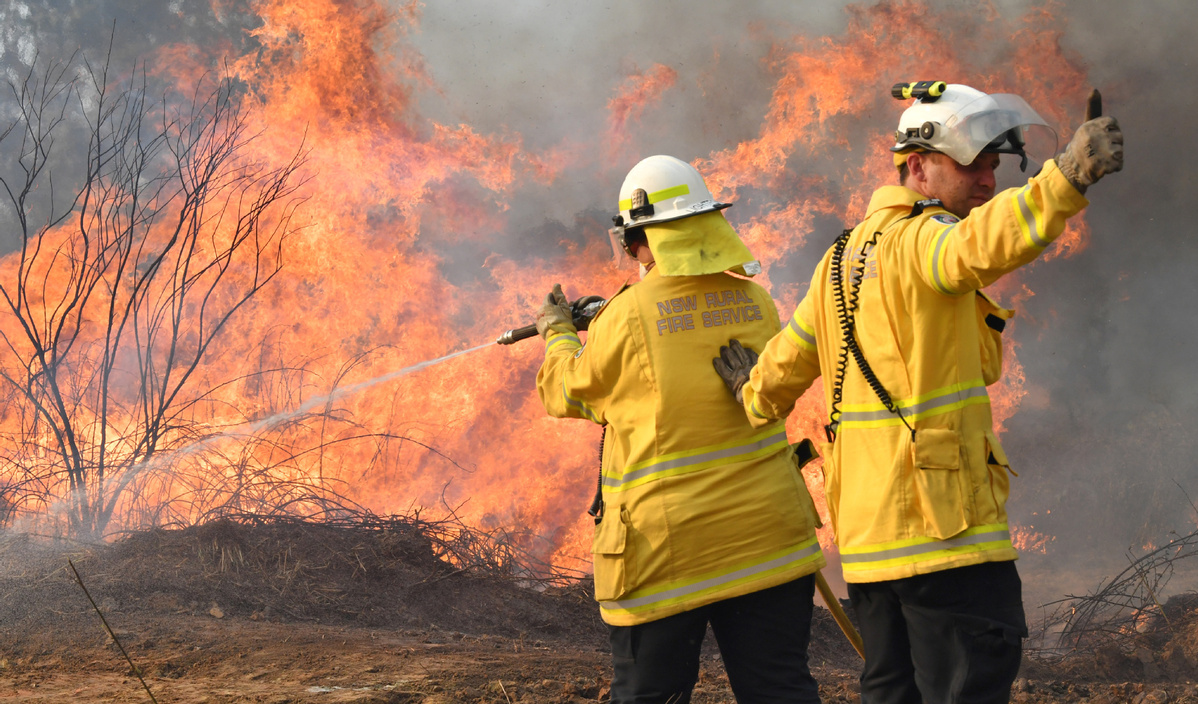 Littleproud told Sky News Australia on Sunday that conditions are expected to exacerbate fires in New South Wales (NSW) and Queensland on Tuesday while conditions could also be catastrophic in Western Australia (WA).

At least three people have been killed by the fires in the north of NSW while more than 50 fires continue to burn in Queensland.

Littleproud on Sunday warned residents of affected areas to listen to instructions by the thousands of firefighters that have been deployed.

"We cannot take this for granted, this a very, very frightening circumstance that people have to take seriously," he said.

Australian Prime Minister Scott Morrison on Sunday toured affected communities in NSW alongside NSW state Premier Gladys Berejiklian where he thanked volunteer firefighters who have rushed to the region.

"I have to tell you as a prime minister I am never more proud of Australians than in moments like these," Morrison told reporters.

He said that the government is prepared to deploy Australian Defense Force (ADF) personnel to both NSW and Queensland if the respective state governments ask for additional assistance.