Vienna (AFP) - Austria will no longer allow asylum seekers to take up apprenticeship opportunities while their claims are being assessed, a policy reversal by the country's anti-immigration government criticised by the opposition. 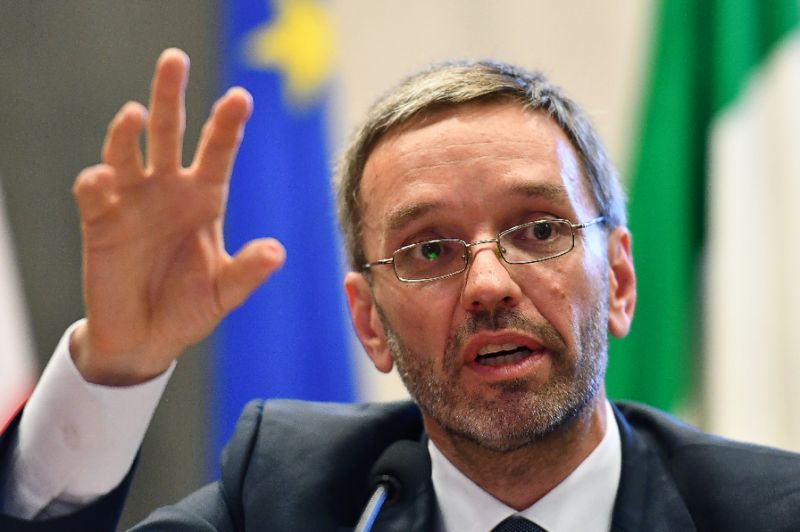 Under Kickl the expulsion of rejected asylum seekers has become a priority (Photo: AFP)

The government is working on a new regulation to fill vacant training places with labourers from third countries, but will no longer open them to asylum seekers, government spokesman Peter Launsky-Tieffenthal told the Austrian news agency APA late Sunday.

The decision reverses a 2012 policy aimed at integrating refugees.

A coalition of Chancellor Sebastian Kurz' conservative People's Party (VPOe) and the far-right Freedom Party (FPOe) has governed Austria since last year, winning votes on an anti-immigration platform following the 2015 surge in arrivals of asylum seekers.

Christian Kern, leader of the Social Democratic Party (SPOe), said closing these opportunities for asylum seekers but opening them to other foreigners was "misguided as well as malicious", accusing the government of increasing problems it said it was solving.

Austrian media and rights groups have recently highlighted some controversial asylum rejections, such as a case where an Afghan asylum seeker's claim that he could not return to his country because he was gay was rejected because he did not "act or dress" like a homosexual.

The government has rejected the accusation, saying a case, such as that of the Afghan man, did not represent the wider reality, and all officials assessing asylum claims receive training.

Under Interior Minister Herbert Kickl, an FPOe hardliner, the expulsion of rejected asylum seekers has become a priority.

The government is also reducing aid for refugees, with various groups criticising the reduction in funding for different integration initiatives such as German lessons or professional coaching -- all set up previously by Kurz when he was in charge of foreign affairs and integration.