Austria's government said Wednesday it would disband a far-right group linked to the alleged New Zealand mosque attacker if investigators determined it was a terrorist group. 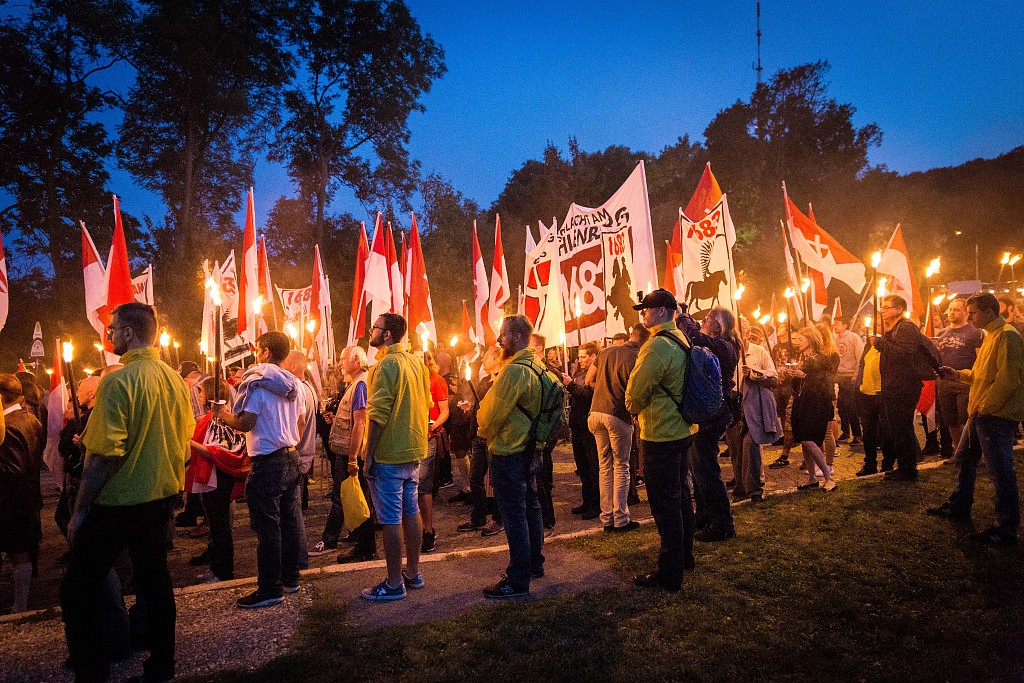 Around 150 members of the far right identitarian movement held a remembrance demonstration at Kahlenberg Vienna, Austria including a torch march, on September 10, 2017. (File photo: VCG)

Officers on Monday raided the apartment of Martin Sellner, leader of the Identitarian Movement Austria (IBOe), after it emerged that he had received a 1,500-euro ($1,700) donation from suspected Christchurch gunman Brenton Tarrant.

The government on Wednesday confirmed there was a financial link between the two men.

"We are now investigating whether we have a terrorist organisation here," Chancellor Sebastian Kurz said of the IBOe after a cabinet meeting.

"Radicalism of any kind must be eradicated, and all legal options should be taken," the conservative leader told a press conference.

"If it is indeed the case that it (IBOe) is a terrorist organisation, then of course there will be consequences for the organisation."

In a video uploaded after the raid, Sellner admitted receiving the donation in an email with the name "Tarrant" in the sender's address.

But he has denied any ties to the suspect or the March 15 assault on two mosques in Christchurch which claimed 50 lives.

Instead, he has blamed Tarrant for seeking to involve him by making the donation -- reportedly one of many that Tarrant has made to extremist groups.

Kurz said his government was probing the case, including Tarrant's visit to Austria.

The 28-year-old, who travelled extensively in Europe, reportedly arrived in Vienna on November 26 and visited several other cities including Salzburg and Innsbruck.

IBOe has had several brushes with the law.

In July last year, Sellner and 16 other IBOe members were found not guilty of charges of criminal association and hate speech.

Two of the accused were, however, found guilty on lesser charges over anti-immigration stunts by the group's members, including storming a university lecture hall during a refugee policy talk in 2016.

In March last year, British authorities denied Sellner entry to the UK, saying his presence would not have been "conducive to the public good".

Since late 2017, Austria has been governed by a coalition of Kurz's centre-right People's Party (OeVP) and the far-right Freedom Party (FPOe). They won the election after tapping into public anger over immigration.

FPOe leader and Vice-Chancellor Heinz-Christian Strache insisted on Wednesday that his party had "nothing to do with the Identitarians".

However, Austrian media have documented links between such activists and FPOe members at a local level.

Strache himself previously shared a video promoting the IBOe on his Facebook page, but said on Wednesday that at the time he thought they were a "counter-cultural youth movement against the left".