Austria's far-right in damage control, Kurz to form next govt 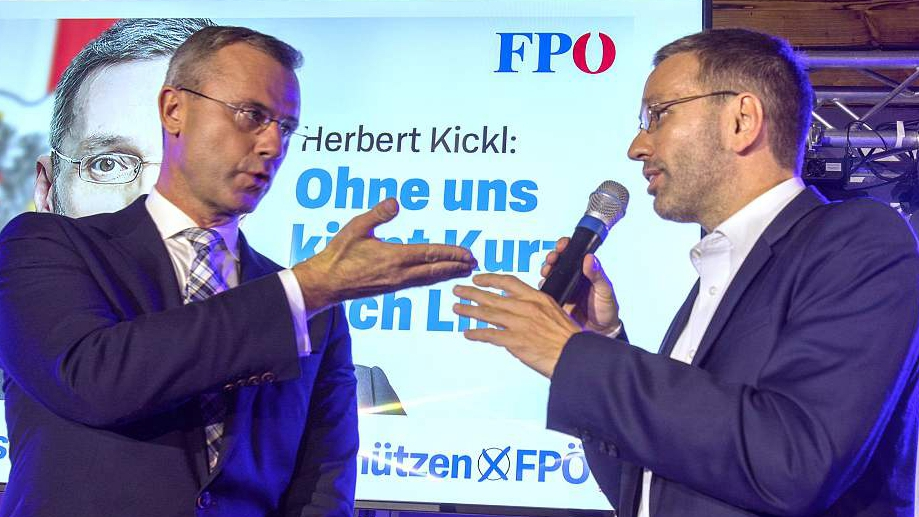 The final tally of votes from Austria's snap election on Thursday confirmed an even bigger debacle than forecast for the far-right, alongside a historic result for the environmental Green party and a comfortable win for the conservative People's Party (OeVP).

The OeVP lost out slightly after absentee ballots were counted, taking 37.5 percent of votes, compared to 38.4 percent in preliminary results announced on Sunday after polls closed. This still puts it in pole position to form the next government however, with its young leader Sebastian Kurz as chancellor.

The Social Democrats (SPOe) scored their worst result in over 70 years at 21.2 percent, according to the final numbers published by the interior ministry on Thursday.

The far-right Freedom Party (FPOe), plagued by a string of scandals, finished third with 16.2 percent, the Greens scored a historic high of 13.9 percent, and the liberal NEOS won 8.1 percent.

A record one million absentee ballots in this election – representing about a sixth of registered voters – meant several seats switched hands from the preliminary results announced on Sunday.

The Greens and NEOS both benefited from the final tally – with the former winning three extra seats – while the leading parties lost out. The Greens' thunderous comeback after a two-year absence from Parliament was one of the biggest stories in the campaign.

But the news dominating the headlines since election day has been the FPOe's disastrous finish, a full 10 points below its 2017 result.

Whereas five months ago, it was still sharing power with the OeVP in a two-party ruling coalition, the far-right faction has now descended into political infighting and leadership uncertainty.

Its former chief Heinz-Christian Strache – who headed the FPOe for 14 years, taking it from strength to strength – has been suspended and announced his "complete withdrawal from politics" on Monday.

Amid a reshuffle at the top, it is now unclear who will lead the party.

It was a scandal involving Strache that caused the FPOe to quit the government in May, when a video emerged showing him promising state contracts to a supposed Russian operative in exchange for help winning elections back in 2017.

But it was a new bombshell last week – allegations that Strache embezzled party funds – that sank the FPOe in the polls and left it scrambling to manage the crisis.

Critics came out of the woodwork and Strache reportedly toyed with the idea of breaking away and forming his own party.

This idea seems to have been put on ice following his retirement announcement, but the FPOe remains in damage control mode.

Austrian President Alexander Van der Bellen met this week with all the different parties and is expected to hand OeVP leader Sebastian Kurz the mandate to form a new government next week.

Despite succumbing to a no-confidence vote in May, Kurz looks set to become chancellor for the second time at just 33.

With 71 of the total 183 seats in parliament however, his party will need a coalition partner to govern.

The OeVP's potential partners in a two-party coalition include the FPOe, the SPOe and the Greens, or it could choose to set up a three-party government with the Greens and NEOS.

However, points of contention remain with most of these, so it will likely be weeks, if not months, before a coalition deal is struck and a new government is sworn in.