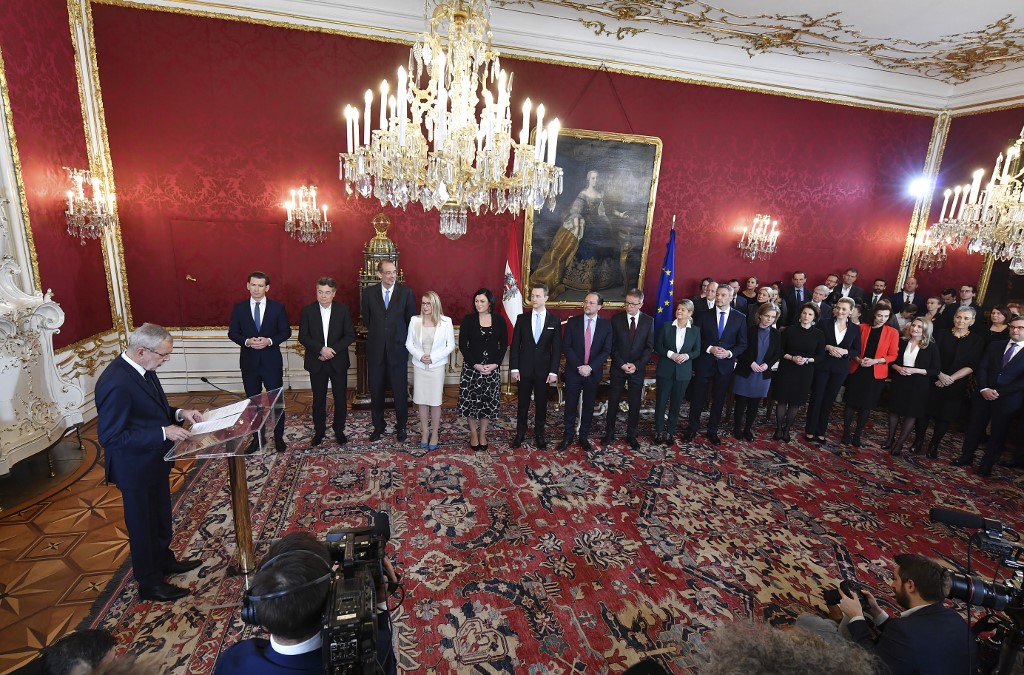 The new government is the first conservative-green coalition in Austria and the first majority-female cabinet. And its Chancellor Sebastian Kurz of the People's Party (OVP) is still by far the world's youngest head of government at the beginning of his second term at 33.

The OVP has 10 ministers in the new coalition, while the Greens have five with its party chief Werner Kogler, 58, taking on the vice-chancellor post.

The Greens are leading the ministries responsible for justice, social security, environment and infrastructure, sports, art and culture.

Independent politician and career diplomat Alexander Schallenberg serves as Minister of Foreign Affairs. He is the only one of the transitional government to remain in office.

He wished that the colors of this government were "red-white-red", which are the colors of the Austrian national flag. That also means strengthening the common ground, promoting fundamental and freedom rights and also thinking about future generations, he said.