Austria wants EU to set up 'deportation centres' for Afghans

Austria's interior minister said Wednesday he would lobby the EU to help set up "deportation centres" in countries neighbouring Afghanistan to take in Afghans deported from Europe. 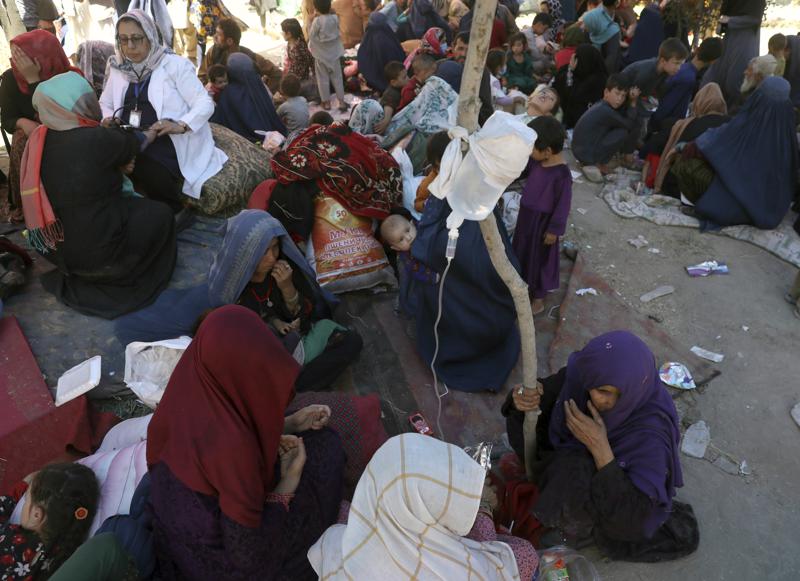 Internally displaced Afghan women from northern provinces, who fled their home due to fighting between the Taliban and Afghan security personnel, receive medical care in a public park in Kabul, Afghanistan, Tuesday, Aug. 10, 2021. (Photo: AP)

Austria has insisted it wants to continue to deport Afghans whose asylum claims have been rejected or who have been found guilty of crimes and to discourage refugees fleeing the Taliban's takeover of Afghanistan to come to Europe.

"It is important... that it continues to be possible to deport violent asylum seekers or refugees, so we need these deportation centres," Interior Minister Karl Nehammer told reporters before meeting his EU counterparts.

Austria under conservative Sebastian Kurz has a hardline stance on migration, at odds with the chancellor's current coalition partner, the Greens.