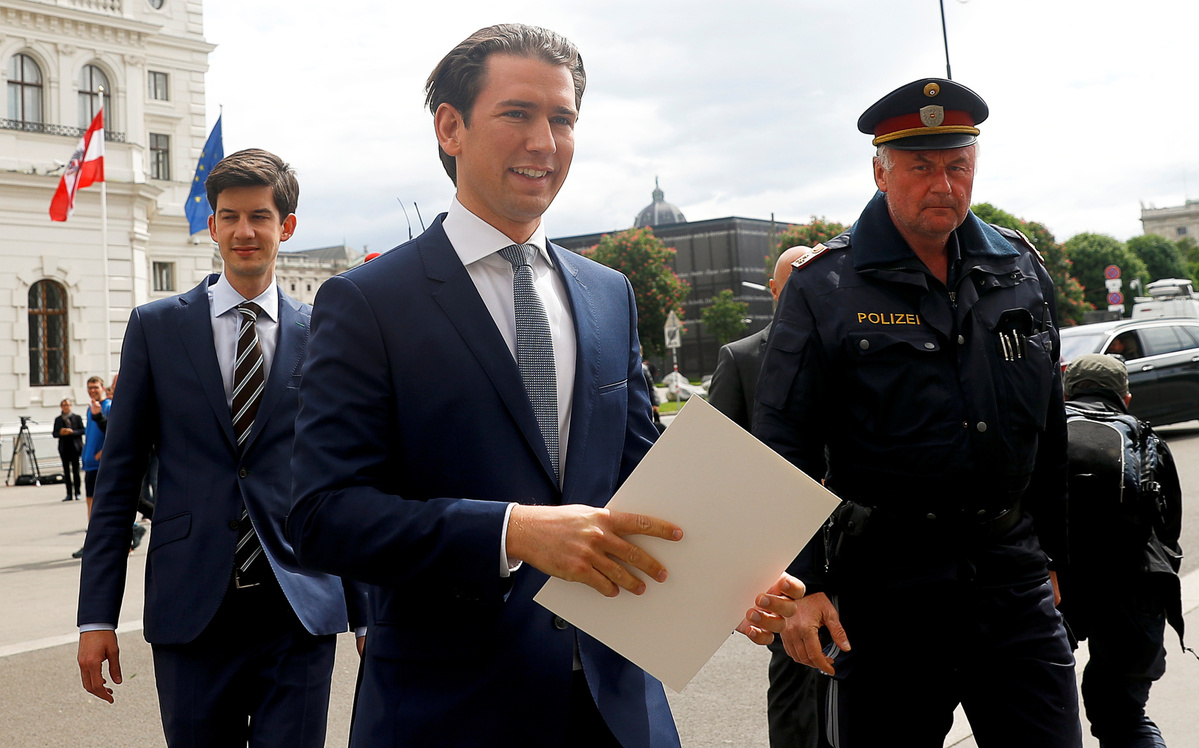 Austrian Chancellor Sebastian Kurz is set to face a no-confidence vote in parliament next week after his governing coalition collapsed over a corruption scandal.

The opposition Now party has drawn up a no-confidence motion seeking to oust Kurz before an early national election expected in September.

Kurz called for that election after far-right Freedom Party leader Heinz-Christian Strache, who was his vice chancellor, resigned Saturday. Strache was shown on video appearing to offer favors to a purported Russian investor during a meeting two years ago on the Spanish island of Ibiza.

Kurz's party holds only 61 of the 183 seats in parliament. It isn't yet clear whether the second- and third-biggest parties, the center-left Social Democrats and the Freedom Party, will vote to remove him — depriving the 32-year-old of the advantage of going into the national election as the incumbent.

That would leave President Alexander Van der Bellen to name an interim chancellor.

While Kurz remains in office Van der Bellen has asked him to propose interim ministers to replace the Freedom Party politicians who have left the government — including the interior, defense and labor ministers.

The president said Foreign Minister Karin Kneissl, who was nominated by the Freedom Party but isn't a party member, has agreed to stay on.