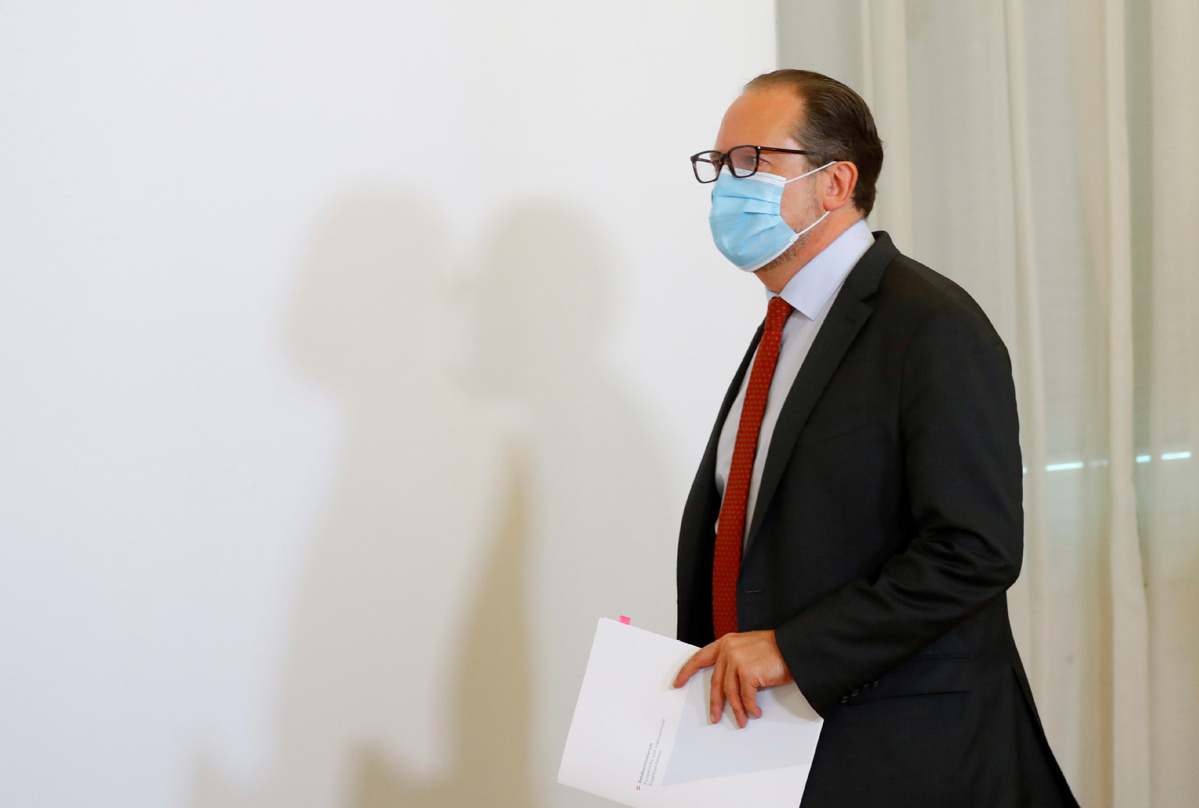 Schallenberg received the test result on Friday afternoon and has been under home quarantine with no symptoms so far, the spokesperson said.

Employees and persons with close contact with him were immediately separated after the test results were known and would also take tests, according to health authorities.

Schallenberg attended several government meetings on Wednesday, during which both the minister and the other members of the federal government wore masks, according to health authorities.

As a precaution, all government officials would be tested later on Saturday. There is a suspicion that Schallenberg could have been infected at the Council of Foreign Ministers in Luxembourg on Monday, according to local media.

Austria has seen a surge in new cases for the past few days, with its COVID-19 traffic light switched to red for the first time in four districts around the country on Thursday.

There have been 62,455 positive test results in the Alpine country as of Friday afternoon, with 901 people dead and 44,972 recovered from COVID-19, according to an online dashboard by the Agency for Health and Food Safety.