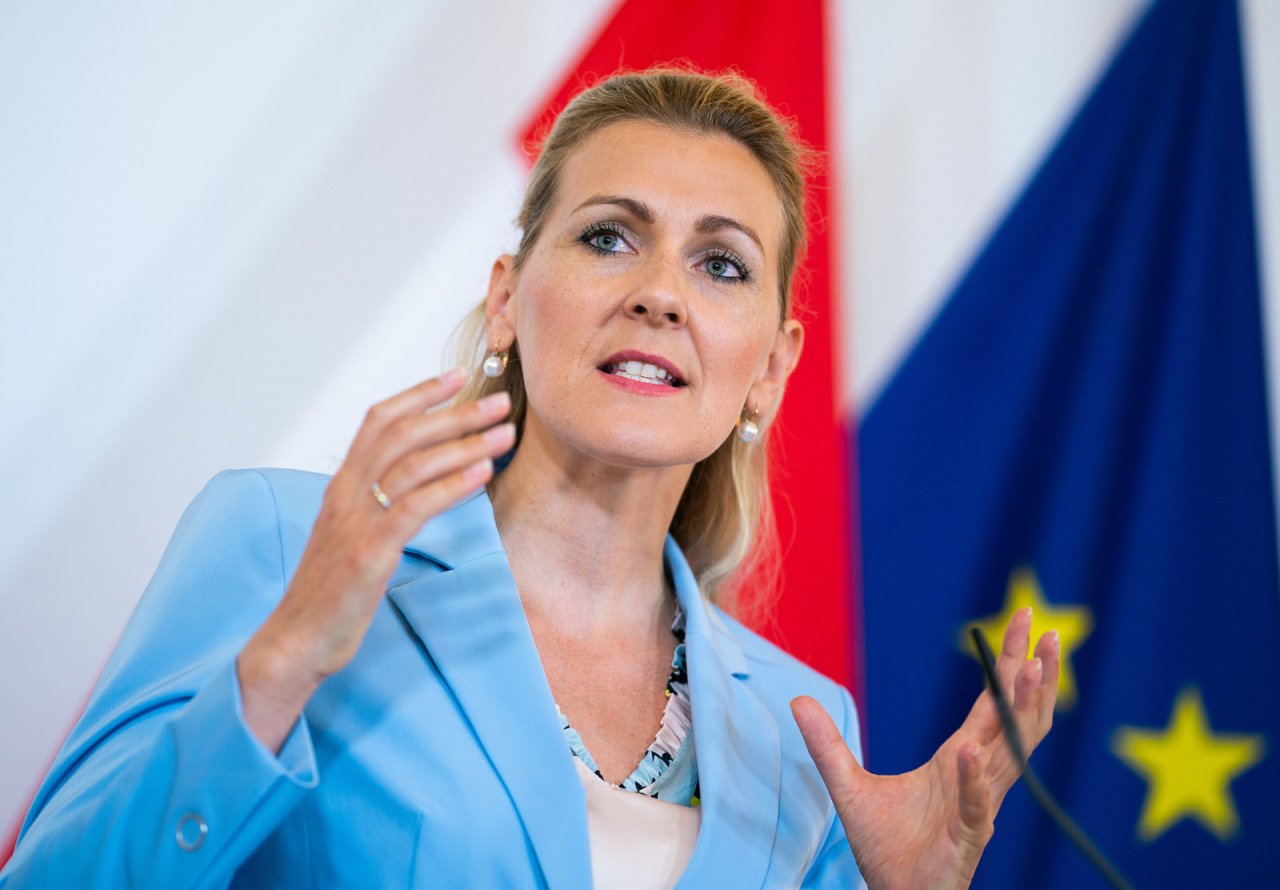 Austrian minister Christine Aschbacher resigned from her cabinet post in charge of labour, families and youth on Saturday following allegations some of her university work was plagiarised.

A conservative from Chancellor Sebastian Kurz's OeVP party, Aschbacher said she had stepped down to "protect my family", complaining of "hostility, political agitation and attacks... with unbearable force".

At the time, she graduated with high marks from the University of Applied Sciences in Wiener Neustadt, south of Austrian capital Vienna.

Weber has levelled the same allegations at a thesis she submitted in May last year -- in the depths of the first wave of coronavirus -- to the Technical University of Bratislava in neighbouring Slovakia.

He claimed the work contained "never-before-seen depths of gobbledygook, nonsense and plagiarism" and that more than one-fifth of the text had been lifted from other sources without citations, in particular an article from Forbes magazine.

Under attack by the opposition, Aschbacher "rejected" what she called Weber's "insinuations".

Kurz wrote on Twitter that he "respected" her decision to resign, after the scandal piled pressure on a government facing criticism for its management of the second wave of Covid-19, widely seen as chaotic.

The chancellor added that he would name a successor on Monday.

Academic plagiarism is a regular charge levelled at politicians in the German-speaking world, where leaders often brandish postgraduate qualifications.

In Germany, two conservatives, Karl-Theodor zu Guttenberg and Annett Schavan, stepped down from the defence and education ministries in 2011 and 2013 over similar scandals, while current centre-left Families Minister Franziska Giffey has been dogged by plagiarism allegations for years.