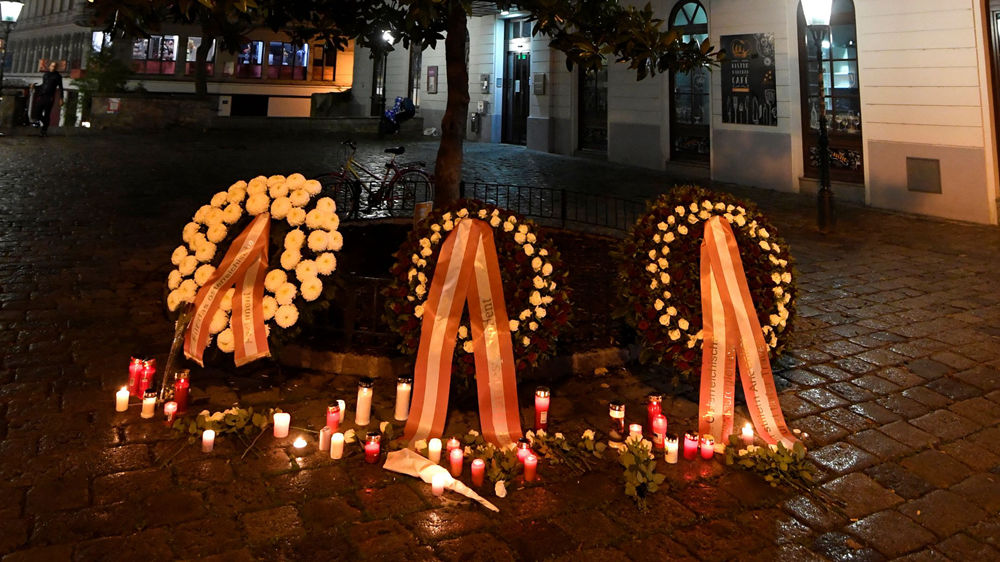 Wreaths and candles are placed near the site of a gun attack in Vienna, November 3, 2020. /Reuters

Austrian police raided 18 properties and arrested 14 people on Tuesday in a massive manhunt for possible accomplices of a convicted jihadist who shot dead four people and injured 22 others in a late-night rampage in downtown Vienna.

The gunman, who was killed by police minutes after opening fire on crowded bars on Monday, had been released from jail less than a year ago. He was identified as Kujtim Fejzulai, a 20-year-old Austrian who also held North Macedonian nationality.

It was the first such militant attack in Vienna in a generation, and the government pledged robust action.

"We will defend our fundamental values, our way of life and our democracy with all our strength," Chancellor Sebastian Kurz said in a national address about what he branded an Islamist terror attack.

"We will find and hunt down the perpetrators, those behind this and their associates and mete out a just sentence. And we will pursue all those who have anything to do with this outrage with all available means."

Swiss police also arrested two men on Tuesday near Zurich in an investigation of possible links to the Austrian gunman. 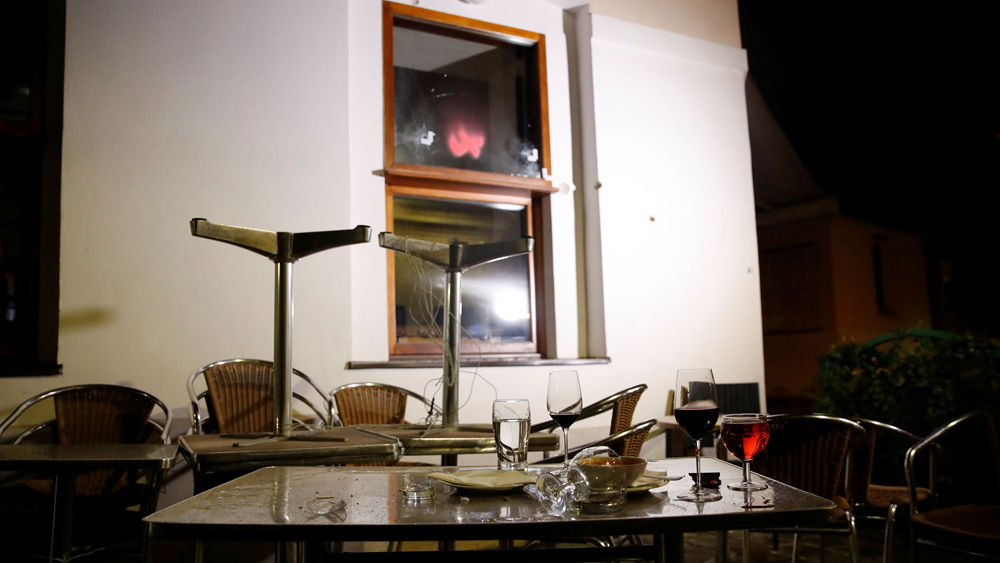 Bullet holes are seen behind a table at the site of a gun attack in Vienna, November 3, 2020. /Reuters

"We must give everyone who wants to integrate the chance to integrate, but we must at the same time make clear that our basic values are not negotiable," he said.

The attack followed recent deadly assaults by lone Islamist attackers in Nice and Paris. Many Muslims have been angered by the publication in strictly secular France of satirical caricatures of the Prophet Mohammad.

ISIL claimed responsibility on Tuesday for the attack, the group's Amaq News Agency said in a statement on Telegram, without providing evidence.

An elderly man and woman, a young passerby and a waitress were among those killed in the attack, Austrian Interior Minister Karl Nehammer said. A German woman was also killed, Germany's Foreign Minister Heiko Maas said. 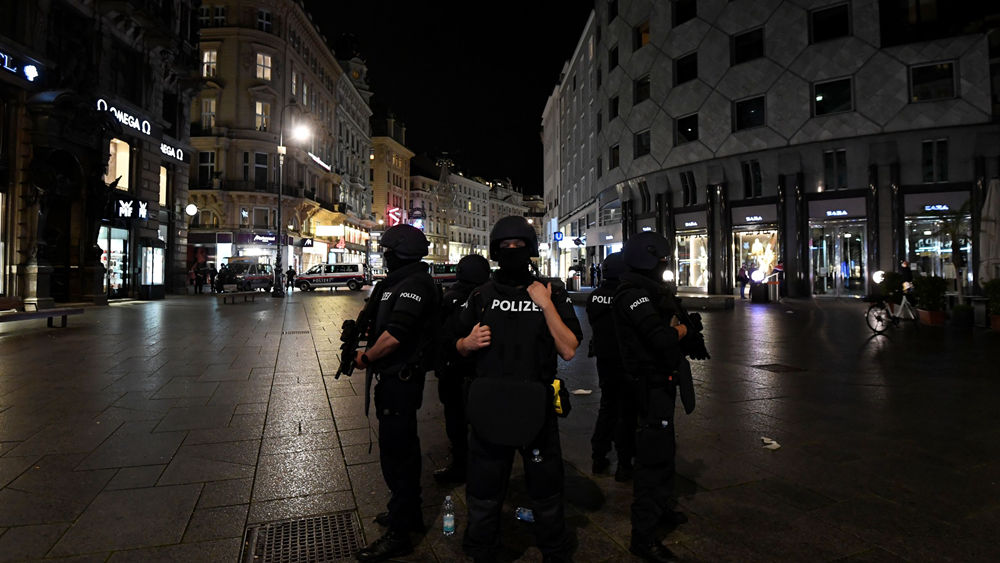 Police stand guard near St. Stephen's cathedral, following a religious mass for the victims of a gun attack in Vienna, November 3, 2020. /Reuters

The normally bustling center of Vienna was largely empty on Tuesday as the public heeded government calls to stay inside and a manhunt for a possible second gunman was underway.

The gunman, armed with an assault rifle, a handgun and a machete, had opened fire at six places including a bar near Vienna's main synagogue on Monday as people enjoyed a last night out before a COVID-19 curfew took effect.

Interior Minister Nehammer said Fejzulai had recently served about eight months of a 22-month sentence for seeking to travel to Syria to join ISIL.

"He was released early exactly because he gave the impression that he had engaged with deradicalization programs and was prepared to integrate himself into society," said Nehammer.

Fejzulai had posted a photo on a social media account before the attack, showing himself with weapons, Nehammer said.

Whether anyone else was involved in carrying out or preparing the attack remained unclear.