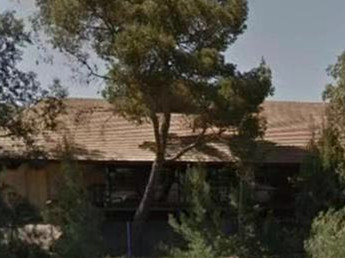 Outside of the bar. (Photo: CCTV)

Authorities say multiple people were injured at a shooting at a bar in Southern California on Wednesday night.

Police tell the Los Angeles Times that at least 30 shots were fired at the Borderline Bar & Grill in Thousand Oaks, which is about 40 miles west of Los Angeles. The extent of the victim's injuries has not yet been released.

The Times reports that there were multiple reports of shots fired and people hit. Law enforcement and emergency crews were flooding the scene.

Authorities urged the public to avoid the area.