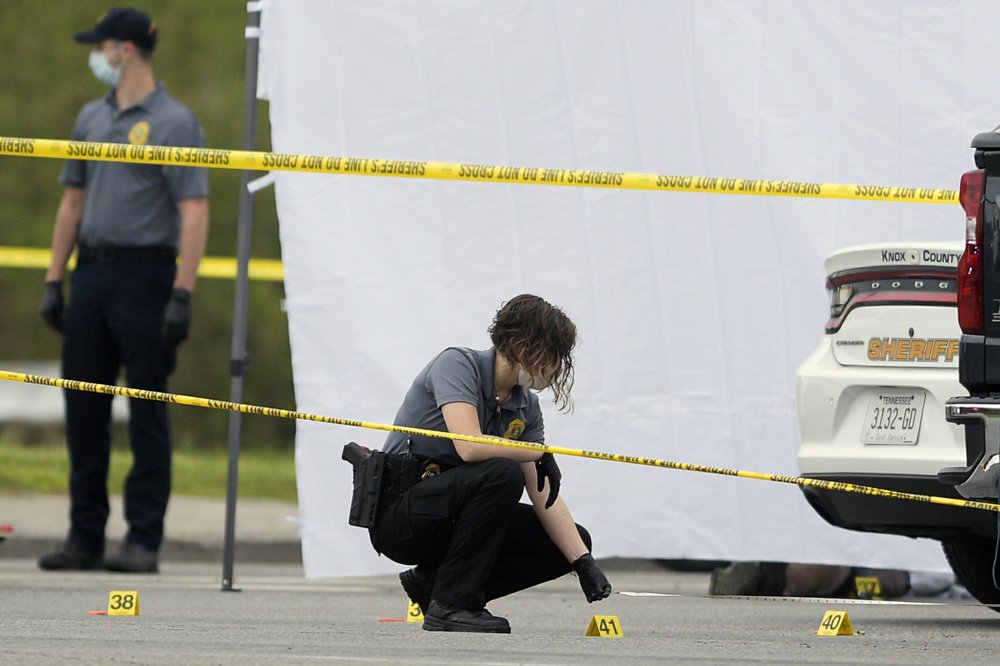 An investigator takes measurements at the scene of a multi-victim stabbing at a Pilot truck stop on Strawberry Plains Pike in Knoxville, Tenn. on Tuesday, April 7, 2020. (Photo: AP)

A man who fatally stabbed three employees and wounded a customer at a Tennessee travel center before being killed was as a truck driver from North Carolina, authorities said.

The Knox County Sheriff’s Office responded to a call at the Pilot Travel Center off Interstate 40 around 7 a.m. Tuesday to find a person with stab wounds outside the store and Idris Abdus-Salaam, a 33-year-old from Durham, armed with a knife in the parking lot, the Tennessee Bureau of Investigation said in a statement.

A deputy shot and killed Abdus-Salaam after he refused demands to drop the weapon, the statement said.

Authorities found Pilot employees Joyce Whaley, 57, Patricia Denise Nibbe, 51, and Nettie R. Spencer, 41, with stab wounds and pronounced the women dead at the scene, according to the bureau.

The wounded customer remains hospitalized, according to the agency, which did not release their identity or condition.

Travel centers like Pilot offer gas, food, parking and other amenities to truckers and other travelers.

The deputy who fired the shot was not hurt, Knox County Sheriff Tom Spangler said. The officer was not identified.

The Tennessee Bureau of Investigation is reviewing the stabbing and the shooting of the suspect.