SYDNEY, Nov. 22 (Xinhua) - Sydneysiders have been warned that a dust storm, similar to the one that blanketed the city in 2009, could be on its way; those with respiratory problems have been told to stay indoors. 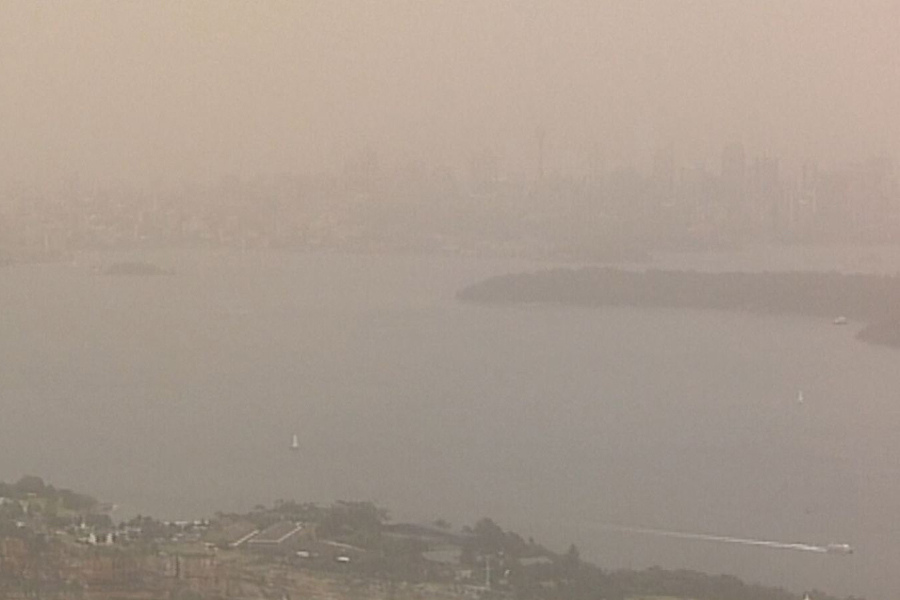 A dust storm, which stretches about 500 kilometres across some parts of New South Wales in Australia, reduces visibility in Sydney on Thursday Nov 22, 2018. (Photo: AP)

A large dust cloud is already affecting communities further inland across the state of New South Wales (NSW) on Thursday and experts say the bulk of the cloud could reach the harbour city by the afternoon.

"It's a huge system," Bureau of Meteorology duty forecaster Anita Pyne said, pointing to reports of a line of dust spanning almost the length of the state for more than 500 kilometres.

"We're expecting the dust to gradually increase over the next few hours, with the main band of dust to hit Sydney through the middle of the day or early afternoon," Pyne said.

While it is not unusual for inland areas of NSW to experience dust cloud events, strong winds from a low pressure system combined with the dry earth of the drought stricken state are creating conditions similar to those of the 2009 dust storm which engulfed the city.

In that year, residents woke to a deeply orange coloured sky which bathed national monuments like the Opera House and Harbour Bridge in its unusual ominous glow.

State health authorities have warned that the system will likely reduce air quality and have urged children, the elderly and those with respiratory problems to use caution.