RIO DE JANEIRO, May 24 (Xinhua) -- Brazilian authorities on Friday warned of the imminent collapse of a slope in a mine owned by mining giant Vale in Minas Gerais state, which may lead to a dam breakage, endangering thousands of people. 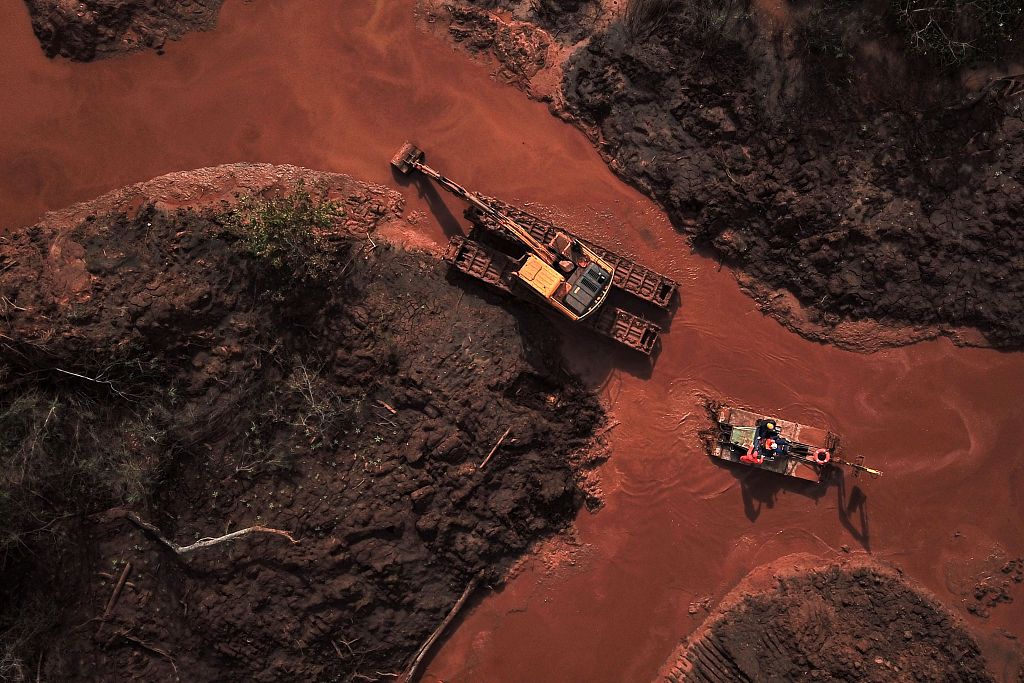 Emergency crews continue the slow process of picking through the mud looking for bodies, 99 days after the collapse of the Corrego do Feijao dam of mining company Vale in Brumadinho, Minas Gerais State, Brazil, on May 3, 2019. (Photo: VCG)

The Brazilian National Mining Agency (ANM) has been closely monitoring the mine at Barao de Cocais in the state since the collapse of another Vale mine in Brumadinho, also in Minas Gerais state, which caused hundreds of deaths in January.

The slope which is at risk of collapse is located 1.5 km from a tailings dam, similar to the one that collapsed in Brumadinho previously. If the slope collapses, the chain reaction may lead to the collapse of the dam, which would cause a massive flood in the town.

According to local site G1, the risk assessment study presented by Vale shows a significant risk of a flood hitting urban and rural areas in Barao de Cocais with casualties, if the dam really breaks.

The local fire department is currently on alert and Civil Defense Services has come up with an evacuation plan.