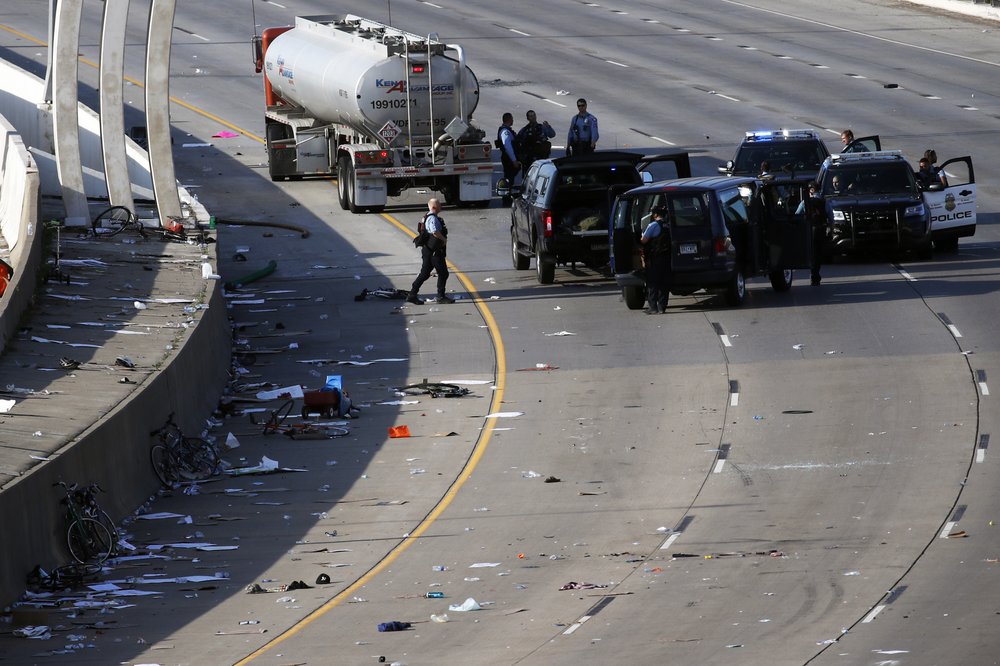 Police clear the area where a tanker truck rushed to a stop among protesters on an interstate Sunday, May 31, 2020, in Minneapolis. (Photo: AP)

Washington (People’s Daily) – George Floyd's autopsy results were released by Ben Crump, the attorney representing the victim's family, on Monday. The forensic report revealed that Floyd died of asphyxiation due to a neck and back compression that prevented blood from flowing to his brain.

Crump released the results during an afternoon press conference.

Forensic pathologist Dr. Michael Baden was one of two doctors hired by the Floyd family to conduct an independent review after prosecutors said the victim died due to the combined effects of being restrained, potential intoxicants in his system, and underlying health issues, including heart disease.

A video showing a white male police officer kneeling on Floyd's neck for eight minutes before his death has since sparked nationwide riots in major cities from San Francisco to Boston.

Baden traveled to Minneapolis to conduct his review, alongside forensic pathologist Dr. Allecia Wilson as thousands of protesters had already taken to the streets to condemn police brutality.

The police officer, Chauvin, was arrested on Friday and charged with third-degree murder and second-degree manslaughter.

Three other officers who witnessed the incident without intervening have not been arrested or charged despite cries from the community for swift legal action.