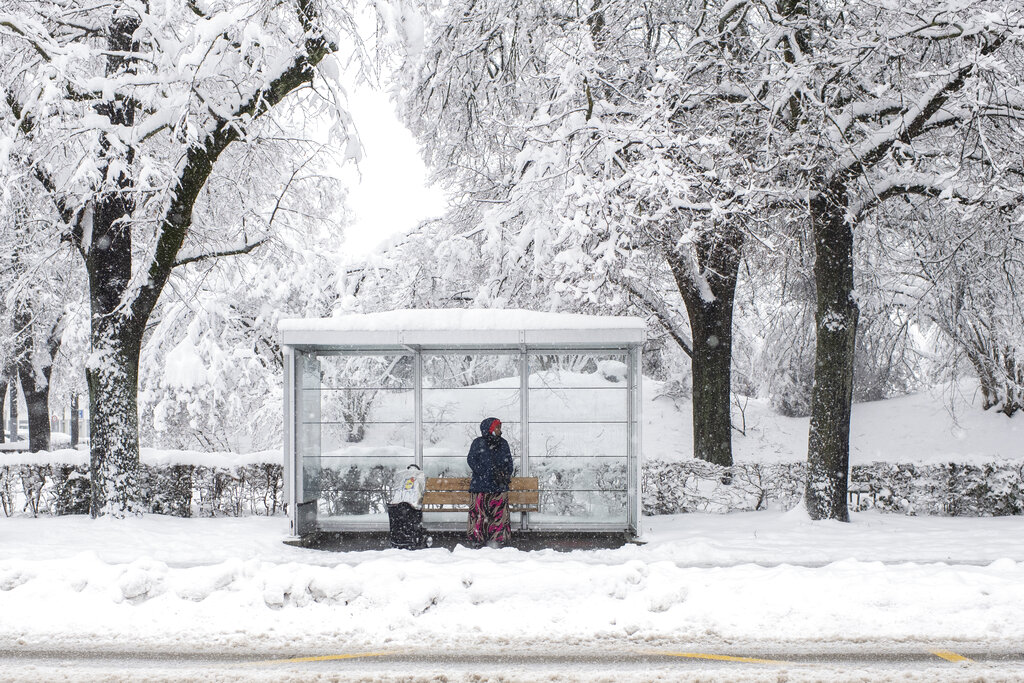 A woman waits at a bus stop in Zurich, Switzerland, Friday, Jan. 15, 2021. The traffic situation is difficult after persistent snowfalls in eastern Switzerland. (Photo: AP)

BERLIN (AP) — Authorities in Switzerland have warned of high avalanche risk in mountainous regions of the Alpine nation after heavy snowfall in recent days.

Some eastern Swiss regions saw up to 80 centimeters (2.6 feet) of snowfall in 24 hours. Parts of the Goms valley on the border with Italy were cut off from the world due to blocked roads.

Many roads were also closed due to avalanche risk or fallen trees in the western Austrian region of Tyrol. In the Vorarlberg region a power cut left some 7,400 households without electricity. Austrian rail company OeBB said several train routes were disrupted by snow.

Police in southwestern Germany said a 72-year-old woman died after a tree laden with snow fell on her while she was walking her dog near the Swiss border. The woman’s son found her seriously injured and suffering from hypothermia, but she later died in a hospital. A spokesman for Loerrach police, Thomas Batzel, said the dog was unharmed.