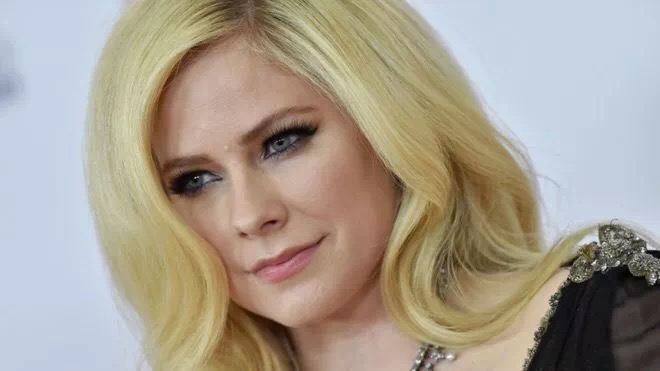 Avril Lavigne has revealed she'd "accepted death" when writing her newest single from her sickbed "during one of the scariest moments" of her life.

"I felt like I was drowning. Like I was going under water and I just needed to come up for air. Like I was in a river being pulled in a current. Unable to breathe," Avril writes in a letter to her fans on her website.

The 33-year-old singer contracted Lyme disease, which is spread by infected ticks, in 2014.

"I have decided to be truthful about my struggle, open and more vulnerable than ever before," she writes.

Symptoms of Lyme disease include tiredness and headaches.

It's the most common tick-borne infectious disease in the UK, Europe and North America, and the flu-like symptoms can affect some people for years.

Avril says she'll put out the song Head Above Water on September 19.

It's the first single off her upcoming album, which she calls "a very strong, triumphant, powerful and true record" that reflects her experiences over the last few years. 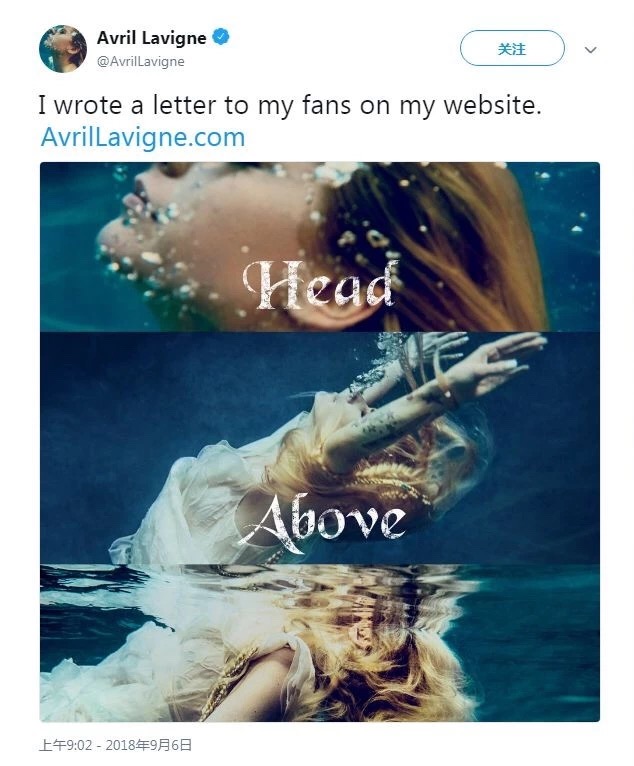 In the letter to her fans, Avril speaks about battling her condition and "turning that fight into music."

She also talks about the importance of informing people how serious Lyme disease can be.

"To be honest, part of me doesn't want to talk about being sick because I want it to all be behind me, but I know I have to.”

"Not only is it a part of my life, I need to bring awareness to the severity of Lyme disease."

“People aren’t aware that Lyme must be treated almost immediately.”

“Often if they are aware, they go untreated simply because they can’t get a Lyme diagnosis! And even when they do get a diagnosis, a lot of times they simply can’t afford the treatment.”

(Photo: Screenshot of Avril's letter to Fans on her website)

Lyme prevention resources will now be available on the Avril Lavigne Foundation website in order to help individuals affected "get the treatment they desperately need."

Avril says her Avril Lavigne Foundation provides online links to connect with doctors who specialize in the disease. Avril also says it will soon announce an alliance with top scientific teams that will accelerate Lyme research.

"I'm taking my life back into my own hands and doing what it is I know I am meant to be doing in this life time," Avril adds.

"Making music. And sharing my healing and hope, through my music."

"Thank you for waiting so patiently as I fought through and still continue to fight, the battle of my lifetime."

What is Lyme disease?

Lyme disease is an infectious disease spread by ticks. Lyme disease can affect multiple body systems and produce a broad range of symptoms. It's the most common tick-borne infectious disease in the UK, Europe and North America, and the flu-like symptoms can affect some people for years. Early symptoms include fever, headache and tiredness. Not all patients with Lyme disease have all symptoms, and many of the symptoms are not specific to Lyme disease, but can occur with other diseases, as well. It is typically treated by antibiotics, allowing most people to recover within a few months.

A poster by US Army Environmental Hygiene Agency in 1992, showing a soldier, a woman, a girl, and a dog behind grass, encouraging people to protect themselves from Lyme disease. (Photo: VCG)

(Sources: BBC, CBC and The Independent; Compiled by Qu Qiuyan and Zhan Huilan)