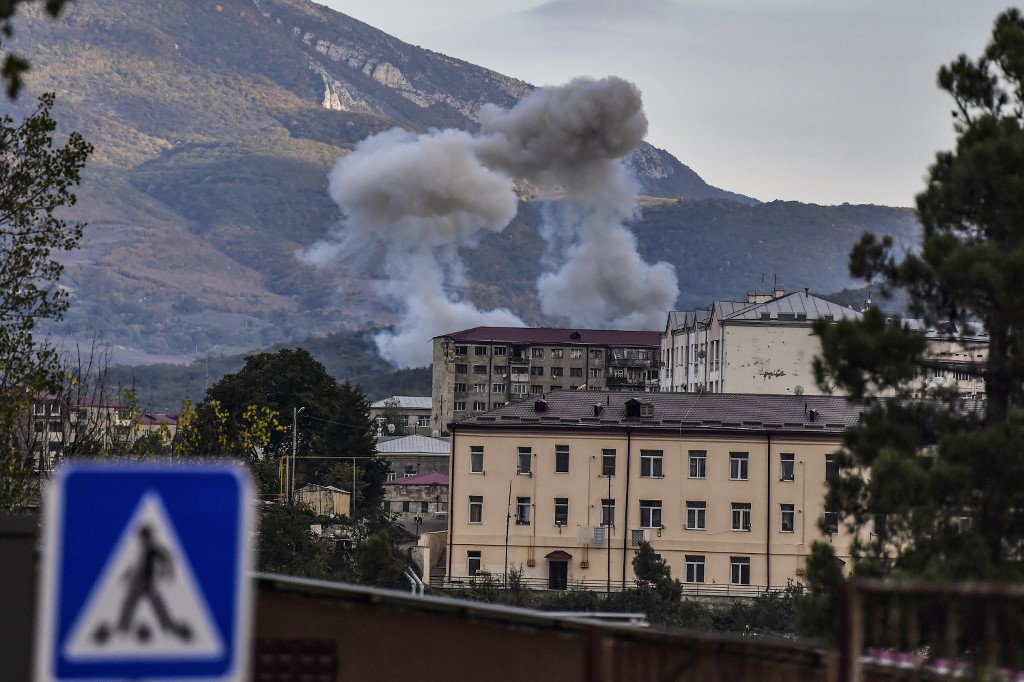 Smoke rises after shelling in Stepanakert on October 9, 2020, during ongoing fighting between Armenia and Azerbaijan over the disputed region of Nagorno-Karabakh. (File photo: AFP)

The deal was announced in a joint statement by Armenian, Azerbaijani and Russian foreign ministers, published by the Russian Foreign Ministry early Saturday morning. "The specific parameters of the ceasefire regime will be agreed upon additionally," the statement read.

In accordance with the deal, Armenia and Azerbaijan will exchange prisoners, other detained persons, and bodies of the dead.

The countries agreed to begin "substantive negotiations" with the aim of achieving a peaceful settlement as soon as possible, with the mediation of the Organization for Security and Cooperation in Europe Minsk Group co-chairs.