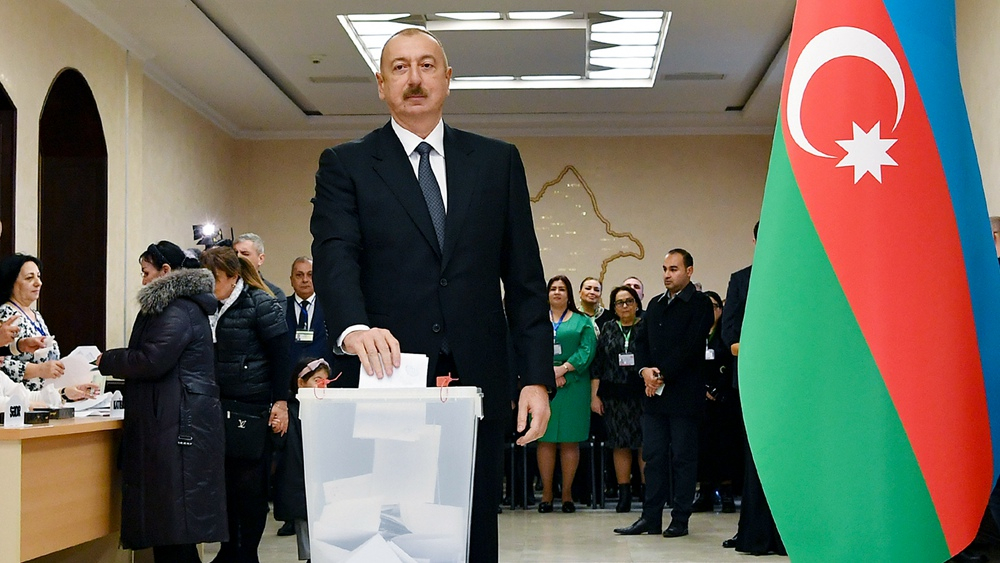 A host of small parties and independents loyal to the government took almost all the rest.

The single-chamber parliament is elected every five years through voting for individual candidates in electoral districts.

Aliyev, who has been in power for 17 years, called the election in December, nine months before it was formally due. Officials from his ruling party said the move was "to support the president's policy on reforms and personnel changes."

In October, Aliyev dismissed his influential chief-of-staff, Ramiz Mehdiyev, and made other high-profile changes including the appointment of 62-year-old economist Ali Asadov as prime minister.

The ruling party – which faced little challenge from the embattled opposition – promised that the election would be democratic, but opposition parties have accused the government of limiting their ability to campaign and several parties boycotted the vote.

"The elections were totally falsified," opposition leader Arif Gadjily of the Musavat party told AFP, denouncing what he claimed was widespread ballot stuffing and multiple voting.

At a polling station in Baku, Vafa Alekperova, a 43-year-old schoolteacher, said she voted for a candidate of the ruling Yeni Azerbaijan party. "I trust the party and my hopes for a better future are tied to it," she said.

Taxi driver Ilgar Gasymov, 58, said he "voted for an opposition candidate because only the opposition cares about ordinary people's problems."

Analyst Anar Mammadli noted that public anger over economic problems has been growing in the South Caucasus country of nine million people. "Aliyev chose to hold elections eight months ahead of schedule as he fears that protest sentiment would grow further by November," he said.

Highly dependent on oil exports, the country has since 2015 been hit by a drop in energy prices and the global economic downturn, and has sharply devalued its currency, the manat.