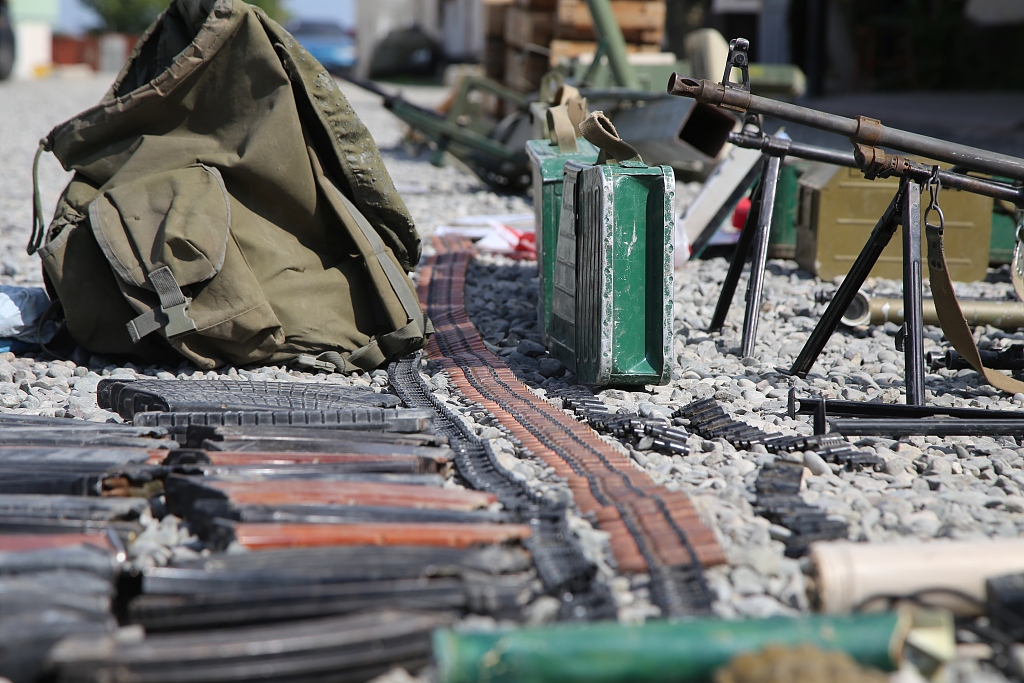 Photo: The Azerbaijani army seized a large quantity of ammunition, weapons and vehicles from Armenian military during an operation, October 2, 2020. /VCG

Azerbaijan's foreign ministry on Sunday said one civilian was killed and four injured in an Armenian missile strike on Azerbaijan's second largest city of Ganja.

Azerbaijan urged Armenia to obey norms and principles of international law, and implement the demands of the resolutions of the United Nations Security Council for immediate, complete and unconditional withdrawal from the occupied territories of Azerbaijan, the foreign ministry said in a statement.

Armenia denied attacking its neighbor, but the leader of Nagorno-Karabakh said it had targeted Ganja. He later said it had stopped firing on the city to avoid civilian casualties.