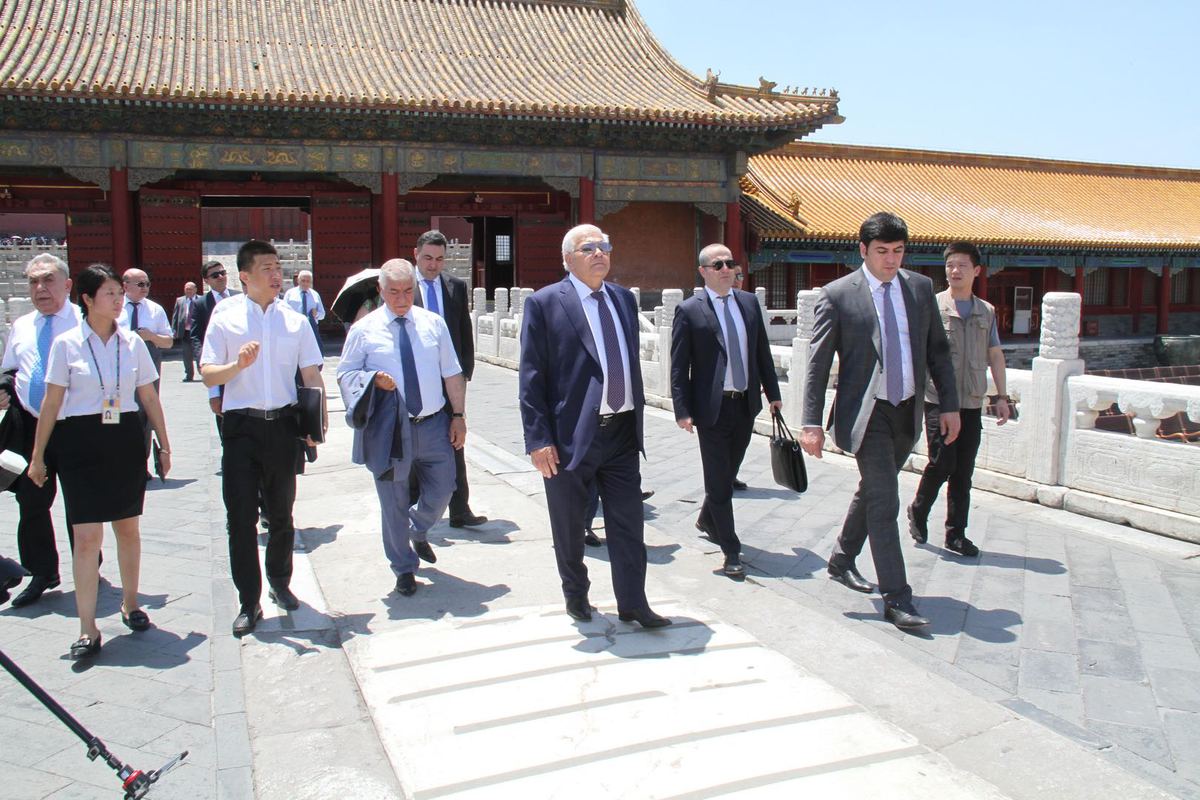 An Azerbaijani parliamentary delegation led by Speaker Ogtay Asadov is on an official visit to the People’s Republic of China at the invitation of Chairman of the National People’s Congress of China Li Zhanshu.

The MPs first visited the Central Party School of the Communist Party of China, and familiarized themselves with the party’s museum.

Speaker Ogtay Asadov then met with the leadership of the Communist Party. The sides hailed the historical relations and the expansion of cooperation between the two countries in a variety of fields, including between the ruling parties in recent years.

As part of the visit, the Azerbaijani delegation also visited the Imperial Palace and Palace Museum in Beijing.