Embassy of Azerbaijan to China 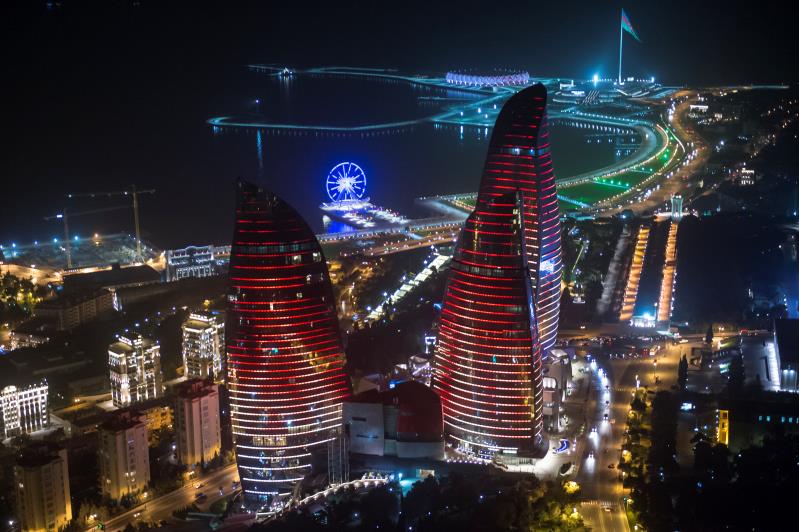 Azerbaijani people celebrate the National Holiday on May 28. [Photo provided to chinadaily.com.cn]

On May 28, Azerbaijani people solemnly celebrate the National Holiday – The Republic Day. Exactly 102 years ago, on May 28, 1918, the first democratic republic in the Muslim East was proclaimed in Azerbaijan. Although short-lived, it achieved a huge progress in many spheres, including economic, political and democratic reforms. The Azerbaijan Democratic Republic ensured all its citizens' full civil and political rights, regardless of ethnic origin, religion, social class, profession or gender.

The Azerbaijan Democratic Republic created broad opportunities for the independent development of all nationalities living in its territory. It laid down the foundation for many best practices, which were quite outstanding for that period. For instance, the young Republic was one of the first countries in the world introducing the right of suffrage for women in 1919. Many Azerbaijani youngsters were sent abroad by the Government to study in leading world universities. The Azerbaijan Democratic Republic established diplomatic relations with several countries and was de-facto recognized by the Versailles Peace Conference.

The contemporary Republic of Azerbaijan is the successor of the Azerbaijan Democratic Republic. Azerbaijan regained its independence in 1991 and immediately found itself in a conflict with neighboring Armenia, which occupied one-fifth of its territories. This period of political and economic turmoil was overcome thanks to the wise policy of the National Leader of Azerbaijan – Heydar Aliyev, who played a crucial role in building modern Azerbaijan's statehood.

Today, as a result of the successful domestic and foreign policy carried out by President Ilham Aliyev, Azerbaijan develops very rapidly and strengthens its position in international arena. Being an open and tolerant country, Azerbaijan is also known as a global centre for intercultural dialogue and cooperation, regularly bringing together political, cultural and religious leaders from around the world. One of the priorities of the subtle foreign policy of Azerbaijan is to enhance the role of the country in international arena and maintain good and friendly relations with all countries, including the People's Republic of China.

The history of the relations between Azerbaijan and China is very ancient and our people had extensive trade and cultural relations through the ancient Silk Road. At present, the ties between Azerbaijan and China are characterized as multidimensional partnership relations based on friendship and mutual trust, with high growth dynamics. The high-level political dialogue that was established during late President Heydar Aliyev's official visit to China in March, 1994, has been successfully taken forward by incumbent President Ilham Aliyev.

In April, 2019, upon Chinese President Xi Jinping's invitation, President Ilham Aliyev took part in the Second Belt and Road Forum for International Cooperation. Within the framework of the visit, high-level meetings between the two presidents and other high-level officials were organized. The intensifying and multidimensional cooperation between the two countries brings about a strong foundation for Azerbaijan-China bilateral ties to be advanced to a qualitatively new level. High-level political dialogue established between Azerbaijan and China has created fertile ground for the serious cooperation in economic, cultural, humanitarian and other spheres.

It should be emphasized that the dynamic development of bilateral political dialogue provided great impetus for the expansion of trade and economic relations between our countries. Thus, during the pre-pandemic period, a positive trend was observed in trade turnover between Azerbaijan and China. At the end of 2019, trade turnover between the two countries increased by 66.7 percent compared to 2018. At the same time, there is great potential for further expansion of trade and economic ties, and Azerbaijan is taking consistent measures to implement these plans. In this regard, the Azerbaijan-China Intergovernmental Commission on Trade and Economic Cooperation plays an important and effective role in strengthening and comprehensive development of cooperation between two countries, especially in the fields of investments, agriculture, energy, tourism and high technologies. Since 2018, Azerbaijan has been actively participating in the work of the China International Import Exhibition in Shanghai with a large delegation. Such platforms, including various business forums, the active participation of Azerbaijani companies in international exhibitions in China and other events play an indispensable role in deepening trade and economic ties.

As one of the first countries to support the Belt and Road Initiative, Azerbaijan is making a significant contribution to its implementation with large transport and infrastructure projects. The Baku-Tbilisi-Kars railway and Baku International Sea Trade Port initiated by Azerbaijan, are the main components of the Trans-Caspian East-West Transport Corridor, namely "Middle Corridor" and thereby provide a short and convenient alternative route for shipments from China to Europe and vice versa.

The high-level cooperation between the ministries of education of Azerbaijan and China, mutual exchanges of students, joint projects between higher education institutions and research institutes make a special contribution to expanding and deepening our humanitarian ties. Along with the interaction between the various governmental structures of two countries, close and active humanitarian cooperation between non-governmental organizations, give an additional impetus to the implementation of mutual exchanges and rapprochement between our peoples. In this context, the joint projects, successfully implemented in both countries with the close cooperation of the Heydar Aliyev Foundation and the Chinese People's Association for Friendship with Foreign Countries, play an important role.

Azerbaijan and China successfully cooperates within the international organizations too and in this regard, the positions of the two countries are aligned on majority of international issues. Respectively, Azerbaijan's active participation within the Shanghai Cooperation Organization as dialogue partner created vast opportunities for interactions with China and Azerbaijan effectively makes use of this platphorm.

During the pandemic, the ongoing cooperation between Azerbaijan and China further strengthened. The President of the People's Republic of China Xi Jinping in his congratulatory letter to the President of the Republic of Azerbaijan Ilham Aliyev on the occasion of the Republic Day, described this cooperation as following: "China and Azerbaijan are traditionally friendly countries, and both parties resolutely and mutually support each other in the issues related to their core interests. Since the outbreak of COVID-19 pandemic, our countries demonstrating high level in bilateral relations for overcoming the temporary hardships have been providing assistance and support to each other".

This kind of political will, as well as mutual trust and confidence between the leaders of two countries provide an opportunity to foresee that in the post-pandemic period, relations between Azerbaijan and China, which have developed rapidly so far, will expand even more dynamically, covering more and more new areas.