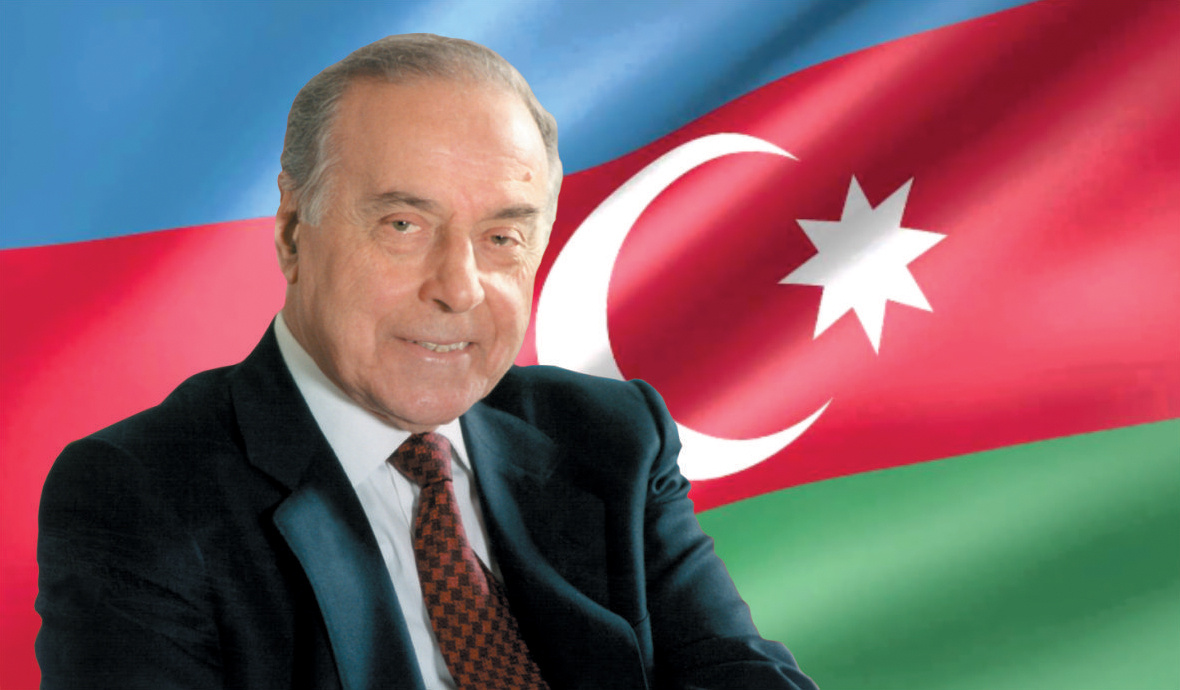 May 10 is the 98th anniversary of the birth of Heydar Aliyev, National Leader of Azerbaijan, a great personality who devoted his whole life to serving his native Azerbaijan.

Heydar Aliyev was a very powerful leader and politician who created the modern history of Azerbaijan, becoming a true legend of his time. The history remembers him as a unique leader, a powerful Head of State, a selfless man, providing Azerbaijani nation hope and optimism in the era of despair and distrust.

Heydar Aliyev came to state power on July 14, 1969 as the first secretary of the Communist Party of Azerbaijan under the USSR (the Union of the Soviet Socialist Republics).

When he came to power in Azerbaijan, the republic became the most developed one in the Soviet Union. Heydar Aliyev also particularly focused on the development of agriculture, science, education and other fields as well in those years which later proved effective in creating the national and spiritual values of the nation as a united one as well.

He was the third President of Azerbaijan who served from October 1993 to October 2003. During the years in power, he assumed the responsibility for Azerbaijan, together with the people he overcame the heavy and severe obstacles, and established a strong independent republic that we call modern Azerbaijan today. Over 10 years of presidency Heydar Aliyev carried out radical reforms in the country, leaving a viable state for the nation, constructed from almost devastated country.

Heydar Aliyev's philosophy of Azerbaijanism, which was created at the time, determined the place of Azerbaijan in the modern world, provided a strong basis for the solidarity of the world Azerbaijanis as an ideological ground to the national statehood.

Heydar Aliyev's multi-vector policy became a state strategy, which brought prosperity and stability to the country. He came to power with a pragmatic and balanced foreign policy.

Besides achieving a political stability in Azerbaijan, Heydar Aliyev laid the foundations for the economic independence of the country. He developed an anti-crisis program for the recovery of production, as well as improvement of the financial situation, and attraction of foreign investment. During presidency of Heydar Aliyev major contracts regarding production and procurement of oil and energy has been signed that gave boost to the economic development of the country. "Contract of the Century" signed with the leading oil companies in Baku on September 20, 1994 was of vital importance for Azerbaijan and played a crucial role in the establishment of internal stability in the country, and achievement of success in foreign policy.

Heydar Aliyev, who spearheaded the Baku-Tbilisi-Ceyhan oil pipeline project, did much to attract huge western capital to Azerbaijan, what created many new jobs and lead to the development of several fields. Foreign capitals immediately earned on the economic growth of Azerbaijan, which today is recognized as the highest in the former Soviet space.

Moreover, Heydar Aliyev initiated the development of a new Constitution, which was adopted in 1995.

With his wise and foresighted policies, great Azerbaijani leader Heydar Aliyev is the architect of what Azerbaijan is today; independent, economically developed and strategically important amongst community of nations.

Heydar Alirza oglu Aliyev passed away on December 12, 2003. The people of Azerbaijan is proud of their great son, who devoted all his life to faithfully serving the people and motherland in the most difficult period of history.

Thirty-five years of the history of Azerbaijan beginning from the late 1960s and proceeding in the 21st century is connected to the name of great leader Heydar Aliyev. For these years, he assumed the responsibility of Azerbaijan, saved the state and the nation of Azerbaijan of hard and strict tests of history, created an independent country we call modern Azerbaijan and its present realities, laid a reliable foundation for its bright future. The rebirth of the Azerbaijani people in all fields of public-political, economic and cultural life during these years is linked to his name.

Heydar Aliyev devoted all his life to faithfully serving the people, always laid on the people in his activity, applied to the people in the most difficult moments. The people of Azerbaijan spared no support to him. The nation of Azerbaijan will always pay tribute to the loving memory of Heydar Alirza oghlu Aliyev, the national leader of the Azerbaijani people, wise leader and genius personality.

Today's Azerbaijan is stable and prosperous while at the same time it is united and progressive. The economic independence and progress that the country has achieved during the time of Heydar Aliyev are continued and the incumbent government is still following those policies.