British Airways on Monday cancelled almost all flights departing and arriving into the UK, as the airline's first-ever pilots' strike began, sparking travel chaos for tens of thousands of passengers. 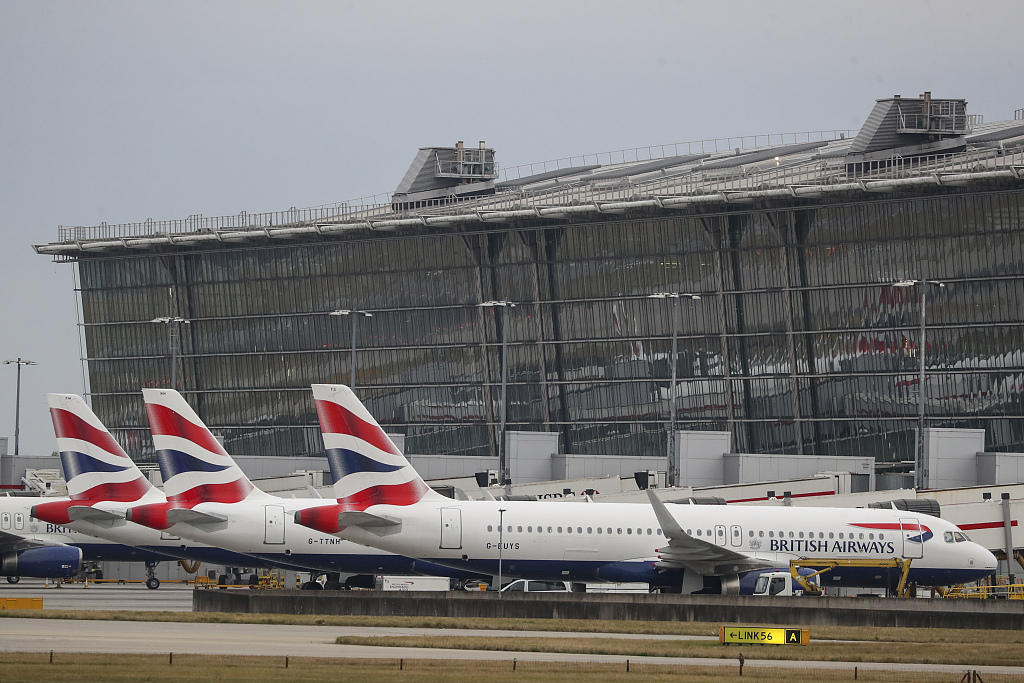 The industrial action over pay on Monday and Tuesday by members of the British Airline Pilots Association (BALPA) trade union follows around nine months of failed talks.

On the first day of the strike, some 145,000 passengers are facing cancelled international and domestic flights mainly at London's Gatwick and Heathrow airports.

The carrier, owned by London-listed International Airlines Group (IAG) and which operates about 850 flights per day in Britain, said it had no option but to cancel nearly all scheduled flights.

"Unfortunately, with no detail from BALPA on which pilots would strike, we had no way of predicting how many would come to work or which aircraft they are qualified to fly, so we had no option but to cancel nearly 100 percent of our flights," British Airways said in a statement.

The airline stressed that it remained willing to return to talks but the union -- which is seeking a bigger share of company profits -- accuses BA for not wanting to negotiate.

"We understand the frustration and disruption BALPA's strike action has caused our customers," BA added.

"After many months of trying to resolve the pay dispute, we are extremely sorry that it has come to this."

BA and its 4,300 pilots have been locked in a long-running pay dispute that could disrupt the travel plans of nearly 300,000 people in total over the two days.

Pilots are also threatening to strike for one more day on September 27 -- and then possibly again closer to the winter holidays -- should the dispute drag on.

BALPA has rejected a pay increase of 11.5 percent over three years that the airline proposed in July.

The airline pointed out also that two other unions representing 90 percent of the airlines' workers have accepted the 11.5-percent raise.

BALPA boss Brian Strutton also apologised for the travel chaos -- but defended the historic industrial action and blamed the company for failing to negotiate.

"We are very sorry for all the disruption that's been caused by the industrial action," he told BBC Radio 4.

"I think British Airways took the decision some weeks ago that they would close down the airline operation and it's up to them to do things that way.

"They could have made alternative plans. That's caused a lot of disruption for passengers," Strutton added.

The union had sought a profit-sharing scheme that would apply to all BA employees -- but Strutton said BA had "point blank refused" to consider the proposal.

"What the pilots have asked for is to have a share of the success of British Airways," Strutton said.