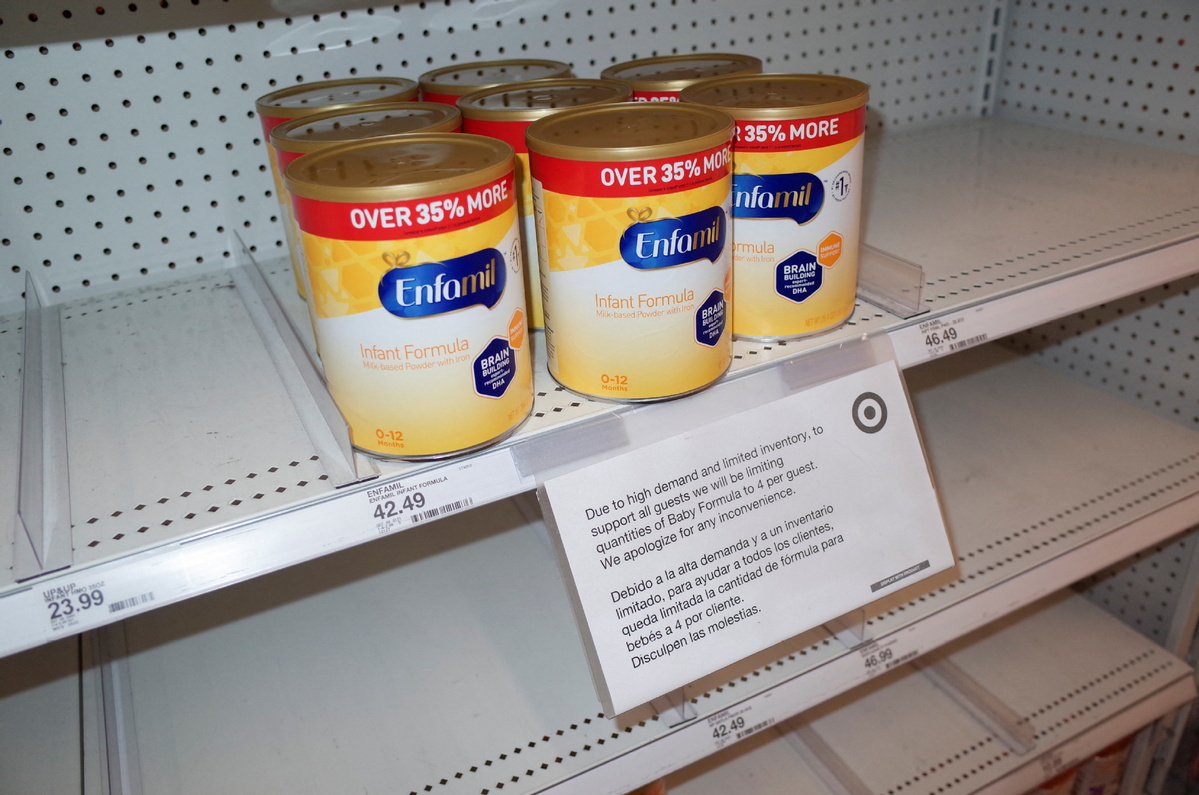 Cans of Enfamil baby formula, produced by Mead Johnson, on partially empty shelves in a Target store, amid continuing nationwide shortages in infant and toddler formula, in San Diego, California, US, May 25, 2022. (Photo: Agencies)

NEW YORK -- As parents across the United States struggle to find formula to feed their children, the pain is particularly acute among Black and Hispanic women, according to a report of The Associated Press (AP).

Black women have historically faced obstacles to breastfeeding, including a lack of lactation support in the hospital, more pressure to formula feed and cultural roadblocks, AP reported on Friday.

"It's one of many inequalities for Black mothers: They are far more likely to die from pregnancy complications, and less likely to have their concerns about pain taken seriously by doctors," said AP.

Low-income families buy the majority of formula in this country, and face a particular struggle: experts fear small neighborhood grocery stores that serve these vulnerable populations are not replenishing as much as larger retail stores, leaving some of these families without the resources or means to hunt for formula, said the report.

These mothers still aren't getting the support they need when it comes to having the choice of whether to breastfeed or use formula. They also may have jobs that do not accommodate the time and space needed for breastfeeding or pumping milk, AP cited Andrea Freeman, author of the book "Skimmed: Breastfeeding, Race and Injustice."

"Nobody's taking responsibility for the fact that they've steered families of color toward formula for so many years and made people rely on it and taken away choice. And then when it falls apart, there's not really any recognition or accountability," added Freeman.