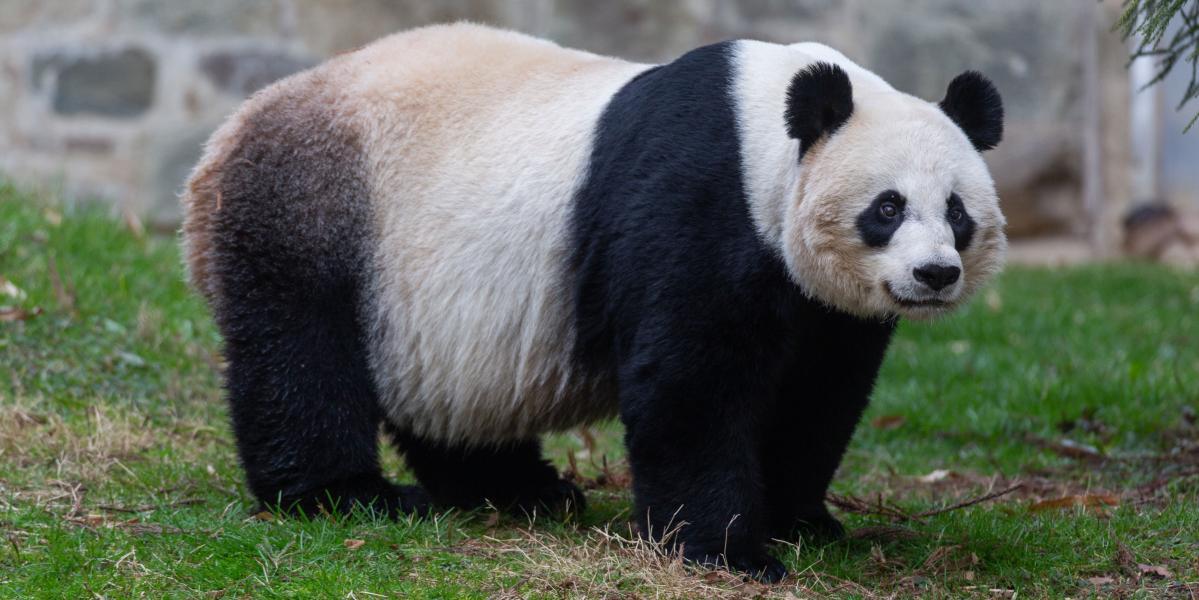 The Smithsonian's National Zoo in Washington welcomed a new black-and-white furry creature into its family.

After days of waiting in anticipation, giant panda matriarch Mei Xiang successfully delivered the bundle of joy at 6:35 pm local time on Friday, the zoo announced in a press release, reporting that its panda team heard the wiggly cub vocalize and briefly glimpsed it for the first time immediately after the birth.

"Pandas are an endangered species, so every panda on the planet means something, and it is important," Brandie Smith, the zoo's deputy director, told China Daily Saturday.

The birth is considered a miracle for the 22-year-old Mei Xiang, which means "beautiful fragrance" in Chinese. The female panda, who came to the country in 2000, is the oldest giant panda in the US and the second oldest documented in the world to give birth.

A neonatal exam will be performed when keepers are able to retrieve the cub, which may take a few days, the zoo said. The gender of the hairless baby, which is roughly 1/900th the size of its mother, will not be determined until a later day.

Both the mother and baby are thriving. In a video shared by the zoo on social media, Mei Xiang could be seen cradling the baby in her arms and gently nursing the newborn.

"Congratulations to Mei Xiang and @NationalZoo! This is the 3rd cub I have welcomed as Chinese ambassador. For 20 years, Meixiang and her kids have been adorable witnesses of China-US cooperation & a constant source of joy for the Americans. A precious gift at this unusual time," China's ambassador to the US Cui Tiankai wrote in a tweet.

Smith said the cub is the culmination of decades of partnership between the National Zoo and its colleagues in China to study the animals.

"Our colleagues in China were some of the first people we contacted when the cub was born. They have a lot of experience with cubs given that there are so many pandas that are born in the panda breeding centers in China. So we always look to them for advice and assistance," Smith said.

"This is part of our bigger program, where it's not just about breeding cubs in zoos and educating people about giant pandas, but it's also about conservation work we do in the wild," she added.

Female pandas only have a 24-72 hour window every year during which they could become pregnant. A team of experts artificially inseminated Mei Xiang with frozen semen collected from Tian Tian, Mei Xiang's mate, on March 22. On Aug 14 and Aug 17, zoo veterinarians confirmed evidence of a fetus on an ultrasound.

The zoo described the pregnancy and subsequent birth as uplifting and joyous news in the midst of the coronavirus pandemic, which has kept the zoo shut for months.

"Giant pandas are an international symbol of endangered wildlife and hope, and with the birth of this precious cub we are thrilled to offer the world a much-needed moment of pure joy," zoo Director Steve Monfort said in a statement.

Viewership on the zoo's panda-cam has reportedly increased 800 percent since the announcement of the pregnancy. Many panda lovers took to social media to express their happiness.

"So excited for Mei Xiang and the Zoo!! When Bei Bei left, we were so sad to see him go....and thought that was the end of the line for DC panda cubs. What a blessing to have another," user Kim Bauhs wrote on Twitter.

"Mei is a star....her cubs have always received her best! I'm so happy we have another chance to see her shine," said JoAnn M, another user.

Smith said that when a giant panda gives birth, there is a 50 percent that she will deliver a twin within 24 hours of the first birth. Staff is monitoring the pandas closely; however, that possibility diminishes with every passing hour.

Mei Xiang had given birth to three surviving cubs, Tai Shan, Bao Bao and Bei Bei, all of which returned to China in accordance with agreements between China and the US.

Mei Xiang and Tian Tian are the National Zoo's second pair of pandas. An agreement reached between the zoo and the Chinese government stipulated that the pair would live in the zoo for 10 years in exchange for $10 million.

The current cooperative breeding agreement with the China Wildlife Conservation Association will expire in December, but Smith said the zoo is talking with colleagues in China to see if they can extend the current contract. Their conversation has been going very well, she said.

In 2016, the International Union for Conservation of Nature upgraded pandas, which are native to China, from "endangered" to "vulnerable", after their population rose 17 percent in the decade up to 2014 due to conservation efforts.

There are only about 1,864 pandas in the wild, according to the World Wildlife Fund. Pandas International estimated that there are 600 more in captivity in panda centers, zoos and wild life parks.