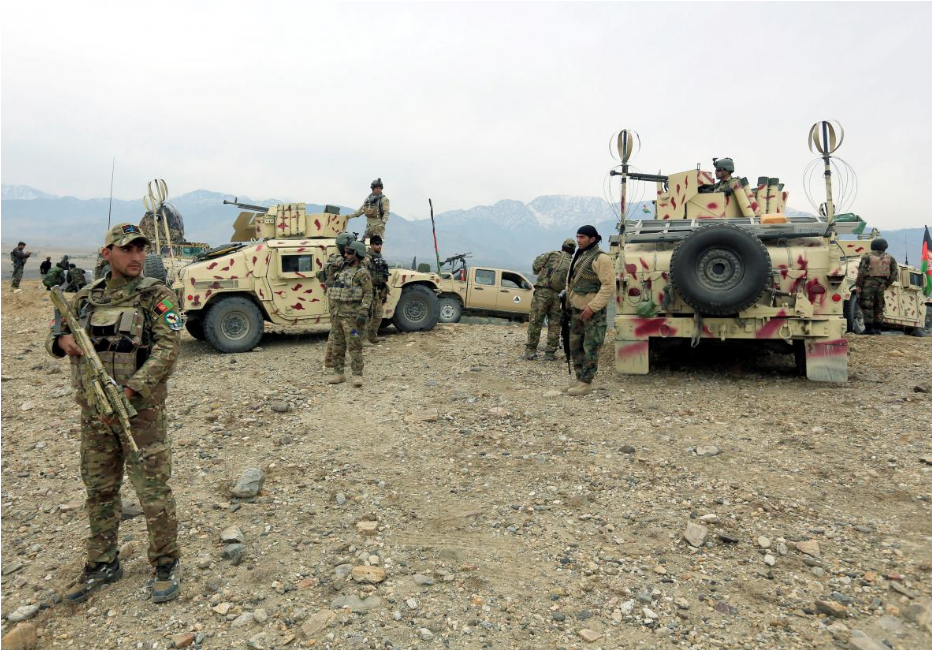 Islamic State fighters in Afghanistan are making hundreds of thousands of dollars a year from illegal mining of talc, much of which ends up in the United States and Europe, advocacy group Global Witness reported on Tuesday.

About 500,000 tonnes of talc, used in products ranging from paint to baby powder, were exported from Afghanistan in the year to March, according to Afghan mining ministry figures cited in the group’s report.

Almost all went to Pakistan, where much of it is re-exported. Pakistan provides more than a third of US imports of talc and much also ends up in the European Union, it said.

Illegal mining of gemstones and minerals such as lapis lazuli is a major source of revenue for Taliban insurgents and the report said Islamic State was fighting for control of mines in Nangarhar, the province where it has its stronghold.

Nangarhar, on the border with Pakistan, has large deposits of talc as well as minerals such as chromite and marble, and sits on major smuggling routes used for drugs and other contraband.

The report quoted a senior Islamic State militant commander as saying that wresting control of mining assets from other armed groups in Nangarhar was a priority: “The mines are in the hands of the mafia ... At any price we will take the mines.”

Security officials in Afghanistan have long been concerned about the uncontrolled traffic in Nangarhar of commodities like talc and chromite, which the Global Witness report said “may be the least glamorous of conflict minerals”.

It said that while it was difficult to estimate the value of the trade to Islamic State, revenue from mining in Nangarhar could amount “anywhere from the high tens of thousands to the low millions of dollars a year”. Somewhere in the hundreds of thousands was a plausible mid-range estimate, it added.

The sum did not appear very high, it said, but the US military estimated the strength of Islamic State in Nangarhar at somewhere between 750 to 2,000 fighters, meaning the funds would be a significant source of revenue to the movement.

An Afghan mining ministry spokesman said a special committee had already been established to coordinate approaches to the issue with security and intelligence services. The ministry planned a news conference this week to address some of the specific issues raised in the report.