Bach to arrive in Japan on July 12 for Tokyo Games 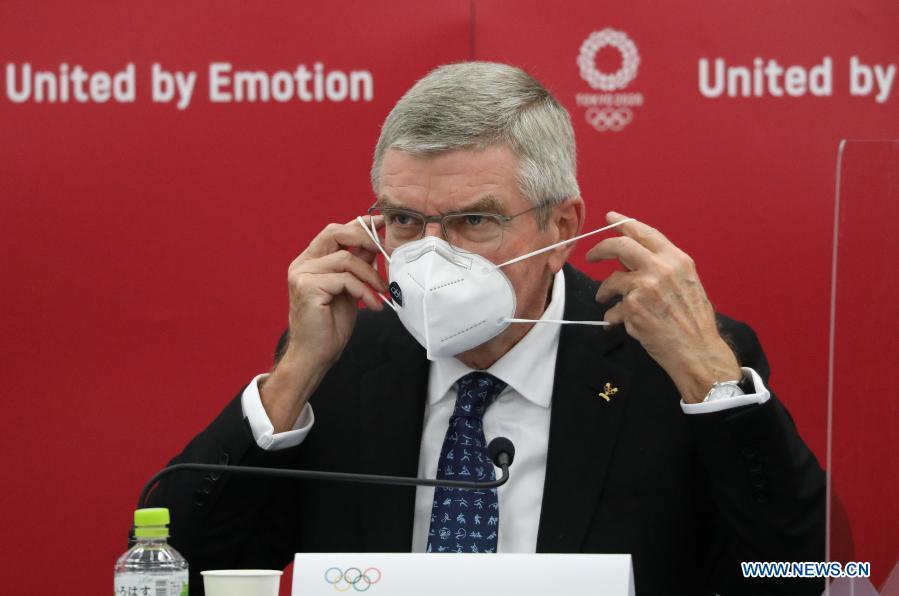 International Olympic Committee (IOC) president Thomas Bach will arrive in Japan on July 12, 11 days before the start of the Tokyo Olympic Games.

In a letter released on the IOC's official website, John Coates, an IOC vice president who heads the IOC's Coordination Commission for the Tokyo Games, said, "The next steps on the organizational front after this Coordination Commission meeting include my arrival in Tokyo on 15 June, to join our team that is already on the ground. As of 12 July, after the arrival of President Bach, we will move to the full Games-time coordination operations."

Bach had originally planned to visit Japan on May 17 and attend the Olympic torch relay in Hiroshima, but his visit was canceled due to the worsening situation of COVID-19 in Japan.

Coates quoted Michael Ryan, the Executive Director of the World Health Organisation (WHO)'s Health Emergencies Program, as saying, "The issues regarding the Olympics are multi-dimensional...It is not whether we will have [the] Olympics or not; it is how those individual risks within that framework are being managed."

"This summer the eyes of the world will be on us and on Japan," Coates said. "We have an obligation, as the Olympic Movement, to all of those involved to do our utmost to make these Games safe and secure, so that these Olympic and Paralympic Games can indeed be the light at the end of the tunnel."