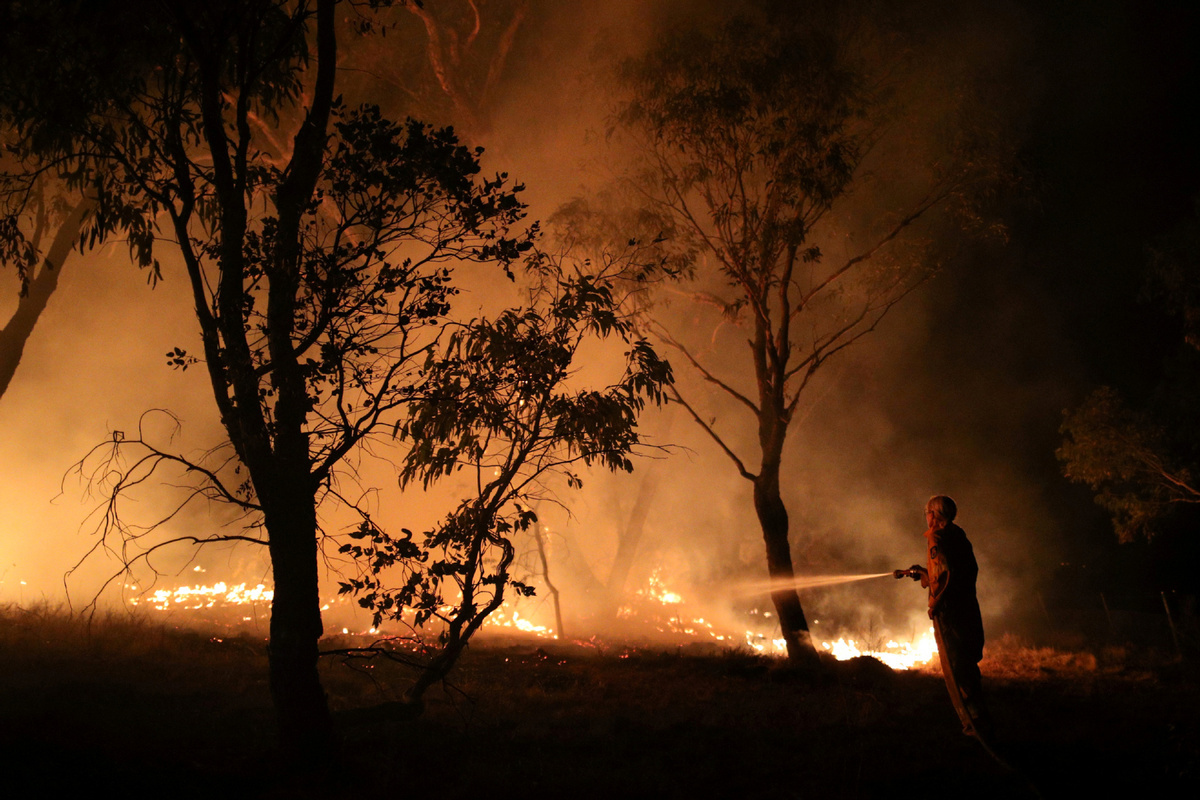 A firefighter from a local brigade works to extinguish flames after a bushfire burnt through the area in Bredbo, New South Wales, Australia, February 2, 2020. (Photo: Agencies)

"For this last fire season, there were more than 1,000 backburns put in. Of that, 4 percent got out of containment," he said.

"There's not too many other options ... It's either we put in a backburn to stop these fires, or we'll just wait for them at properties and hope for the best."

The backburn near Balmoral was lit on Dec. 14, 2019 to protect Southern Highlands communities from the Green Wattle Creek Fire. The backburn quickly went out of control because it was lit in the wrong location.

The RFS lit another backburn to contain the fire west of Balmoral four nights later, which burned towards the village the next morning.

Local RFS captain Brendon O'Connor told the ABC that he was not aware of the plan.

"We had not been informed of this backburn whatsoever," said O'Connor.

"Given the forecast for the next day, which was 42 degrees (Celsius), very strong westerly winds, it was just a terrible decision to start the fire 2.5 kilometres out from a village."

A backburn was lit on the same day, Dec. 14, 2019 in the Upper Blue Mountains to contain the Gospers Mountain megafire.

According to RFS's investigation, the backburn failed as the weather conditions changed unexpectedly. It destroyed over 20 homes in the Blue Mountain towns and burned 200 square km of the national park.

The NSW independent inquiry into the 2019-20 bushfires is still ongoing, which includes the use of backburns during the fire season. It is expected to be released at the end of next month.